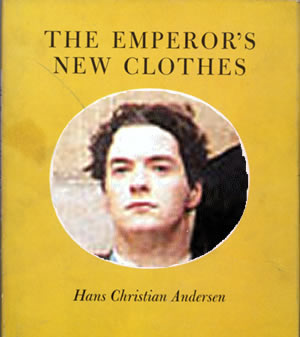 Various eminent economists – amongst them, Paul Krugman, Joseph Stiglitz and Robert Skidelsky – have attacked ‘deficit hysteria’ as based on weak economic evidence and poor theory. In other words, ‘economically illiterate’. The right-wing of the profession – not just in Britain but in Frankfurt and Washington – has struck back, digging hard into the literature to support their case. The result is the popularisation in Britain of the phrase ‘expansionary fiscal contraction’ – meaning that closing the budget deficit (fiscal contraction) is expansionary. That is to say, the high road to private sector-led growth. Personally, I find the phrase an oxymoron – but let’s examine the evidence.

Advocates of expansionary fiscal contraction (aka, deficit hawks) argue that cutting the public deficit – either by raising taxes or cutting spending or some mix of the two – will free the necessary private sector resources for growth. The shift to private sector led expansion comes about through a combination of lower interest rates boosting private investment, lower public borrowing boosting consumer confidence and, in response to lower interest rates, a lower exchange rate which boosts net exports.

Strong proponents of this position include Harvard’s Alberto Alesina, who has published numerous papers arguing that fiscal contraction can be expansionary even in the short run, and Broadbent and Daly who have recently produced a comprehensive survey paper for Global Economics at Goldman Sachs.

The IMF has reviewed the work by Alesina and comes to the opposite conclusion, namely (in keeping with Keynes) that fiscal contraction makes things worse. First, some of the outcomes examined by Alesina involve fiscal shrinkage in a downturn which is ‘built in’ – i.e. not a matter of deliberate policy. The IMF study looks only at policy driven cases, and finds only two cases (Denmark in 1983 and Ireland in 1987) which support the Alesina thesis.

The more recent paper for Goldman Sachs covers a wider sample. Its authors examine 44 cases of fiscal adjustment in OECD countries over 35 years. Their central argument is that in the 11 cases out of 44 that involved mainly spending cuts, expansion resulted because sharply lower interest rates meant bond yields fell, in turn causing equity prices to rise. The implication is that an asset price rally (stock market, house prices, etc) resulting from lower interest rates restores consumer confidence, boosts investment, and leads to growth. This is the economic logic behind Osborne’s spending cuts and those of other ‘deficit hawk’ governments. More generally, it is the logic behind loosening monetary policy to boost growth while imposing a fiscal contraction.

Having identified the mechanism – economists will recognise it as ‘Ricardian equivalence’ in another guise – one needs to ask hard questions about whether such a mechanism will work under current circumstances in Britain. One objection to the Goldman Sachs view (GS) is pointed out in the excellent piece by Dean Baker cited above. Namely, that in most of the 11 cases, the countries were operating close to potential output (i.e. close to ‘non-inflationary full employment’, or what some economists like to call NAIRU). In Baker’s words:

“In only 6 of the 29 fiscal adjustments that were tax driven was the gap between potential and actual GDP even as large as one percentage point. In only two instances, Netherlands (1983) and Norway (2004-06), were the gaps more than two percentage points of GDP …

The first problem, therefore, is that in Britain the output gap is high. A recent Treasury estimate is 5-6%, while Martin Wolf suggests a 4-5% output gap estimated for 2009 by the Office of Budgetary Responsibility was “weird“. But even 5% is a good deal higher than the output gaps existing at the beginning of fiscal adjustments considered by Goldman Sachs. To put it in laymen’s terms, the UK economy is operating at lower capacity than any of the ‘successful’ adjustment cases cited by the Goldman Sachs study.

Another problem with the GS study is that, in contrast to the historical cases cited, the UK has little room for manoeuvre with monetary policy. The fiscal adjustments in Finland, the Netherlands, Norway and Sweden cited above all took place in the mid to late 1990s when world growth was buoyant and interest rates could be lowered. Reviewing the Finnish experience, for example, a Bank of International Settlements policy paper says:

“The decline in the interest rate level has been associated with a rise in asset prices. At the beginning of the recession, asset prices – in particular housing and other real estate prices – fell to an exceptionally low level. The rise in asset prices has strengthened private consumption and fostered a pick-up in construction investment.”

Much the same was true of the Netherlands in 1996 where a dramatic increase in house prices was fuelled by lower long term interest rates which had stood at 8% when adjustment was initiated. In Norway in 1994, fiscal adjustment essentially took place when the economy was growing, fiscal receipts from oil had increased and non-oil exports experienced a boom. In Sweden after 1992, a 5.5% cut in interest rate by the Rijksbanken over four years led to a significant fall in the real exchange rate and led to export-led growth.

By contrast, the Bank of England has kept its reference short-term interest rate at nearly zero (0.5%) for 20 months, while pushing down the long-term interest rate using Quantitative Easing (QE). More QE may be on the cards, but it is likely to boost share prices rather than spur the real economy. In contrast to (say) Finland, nobody would claim that house price levels before the recession in the UK were at exceptionally low levels. In contrast to Norway and Sweden, after a 26% fall since early 2007 in the UK’s trade-weighted real exchange rate, an export boom has yet to happen.

However, recall that the Goldman Sachs case rests on the assumption that falling interest rates will also boost the stock market, in turn boosting confidence and reigniting consumer spending. Largely because of early QE, the FTSE-100 has been buoyant for some time, rising by around 27% in 2009/10. But with UK unemployment standing at 7.7% (ILO definition) and rising as the ConDem budget cuts bite, it is most unlikely that consumer confidence will be restored. Indeed, for 2010 to date, the trend in the NOP consumer confidence index has been downward despite a recent uptick.

Given that the UK economy is already operating well below capacity, that the spending cuts of ConDem government will withdraw about 8% of GDP from aggregate demand over four years, that interest rates at the outset of this fiscal adjustment are already very low, that sterling has already fallen with no appreciable impact on net exports and that consumer confidence is falling while unemployment is rising, it is very difficult to see how massive fiscal contraction can be expansionary in Britain today.

In truth, the academic counter offensive launched by the deficit hawks has gained no credible ground in the case of Britain. In line with the Keynesian economists cited at the outset, it is difficult to avoid the conclusion that Emperor Osborne has no clothes.

34 Responses to “Expansionary fiscal contraction and the emperor’s clothes”