The UK is a wealthy country that is innovative and punches above its weight in so many ways; we can afford a socially fair society, we are choosing not to. 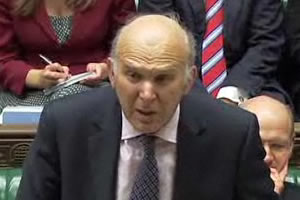 Our guest writer is Ranjit Sidhu, founder of Statistics into Decisions

The United Kingdom has the 6th biggest economy of the 195 countries of the world. With about 5 per cent of the population of China it has an economy more than half its size. Although investing far less as a percentage of its GDP on research than comparable countries in Europe it is only behind the USA in the number of world class universities and number of Nobel prize winners.

With the national depression growing with every new day it is important to step back and gain some prospective before we sacrifice all and sundry to the bonfire of public services that is proposed by the coalition government:

• Shouldn’t we rather be asking whether the sixth biggest economy in the world needs to have in place measures to help those at the bottom of its social structure rather than castigate the poor for having chidren they can’t afford?

• Or, that a country that is second in the world for producing original thinkers and world-class academics has an affordable education for all its citizens and well funded universities?

• Or perhaps that a country whose individual citizens’ wealth is measured as 14th highest in the world, above Germany, France and Japan, by the World Bank, has the ability to make sure everyone upon retirement has enough allowance to stay warm and is entitled to a respectable pension?

So let’s remember the UK is a wealthy country that is innovative and punches above its weight in so many ways and look at the bigger picture than the parochial bias of the current short term spending reviews; this morning’s release of the Browne review on higher education was a clear example.

The issues of graduate tax or a tuition fees raise simply a short term smoke screen. As a country we can afford an extra £1 billion for university funding if we look at the bigger picture, that this investment will bring $2.5 billion back into the economy, coupled with the fact that this country is spending far lower than any other OECD country and actually half that of the USA on education.

Let’s get some prospective back – we can afford a socially fair society, we are choosing not to.

53 Responses to “We can afford to fund our universities, the fact is we choose not to”