Conservative commentators are beginning to sense the unease over Tory policy on the 'squeezed middle', reports Liam Thompson. 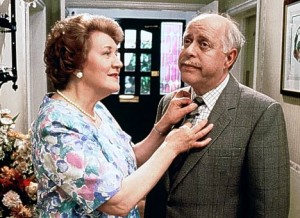 The conservative commentariat is beginning to show signs of unease over Tory ambivalence in the face of the “squeezed middle” – and how new Labour Party leader Ed Miliband could strategically exploit this. This morning, ConservativeHome identified the “squeezed middle” as one of Cameron’s “seven vulnerabilities” – which Labour strategists will look to capitalise on.

“Labour strategists clearly see middle class unhappiness as their route back to power.”

Additionally, Montgomerie argues that Miliband’s defence of universal benefit represents a direct appeal to the “squeezed middle”, as is his appointment of Alan Johnson as Shadow Chancellor – playing on his apparent ordinary-ness as an antidote to the millionaires in government such as George Osborne.

A perspective from America was provided last week, when Wall Street Journal blogger Iain Martin said the Tories had become fixated on the poor, and forgotten the middle classes. He also identified universal child benefit as a significant political opportunity for Ed Miliband.

The “squeezed middle” is nothing particularly new; the Telegraph has been referring to the same group as the “Coping Classes” for some years now, and the Daily Mail, in its trademark rabid tone, has been obsessing over sinking middle–class type paranoia since the beginning of time. In its editorial on the latest reforms to tuition fees, the Mail says:

“Isn’t it the bitter truth that, yet again, the hardest hit will be the aspiration classes on modest-to-middling incomes – teachers, nurses, middle-managers, engineers – the life-blood of our economy?”

Luckily for the Conservatives, the Liberal Democrats seem to have taken most of the political flak over Lord Browne’s proposals to raise the cap on tuition fees – proposals that will see graduates on £27,000 pay more back than any of their contemporaries. Ian Mulheirn, director of the Social Market Foundation, said of his organisation’s analysis of Browne’s report:

“Our analysis shows that students who can access the Bank of Mum and Dad effectively get a £12,000 discount on the cost of their degree over their lifetimes compared to a middle-earning graduate.”

It will be interesting to follow this theme over the next few months, and whether the Conservatives or Labour can conclusively claim ownership of the “squeezed middle” issue.

5 Responses to “Battle for the ‘squeezed middle’ rumbles on”