CND: It is good the govt addressing key defence issues, despite its extraordinary refusal to consider Trident nuclear weapons in their strategic considerations. 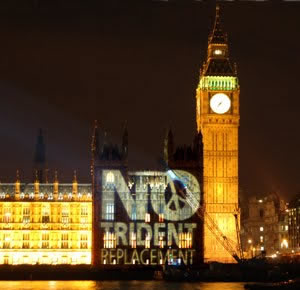 As we head for publication of the new National Security Strategy and the resulting defence spending cuts, cyber warfare appears to be all the rage. In yet another trailer of what will actually be in the Strategy (one wonders why they didn’t just bring it out last week) it seems that despite an expected 8 per cent cut in the defence budget overall, spending on combatting cyber warfare will increase.

All well and good to address the issues of the modern age – at least in some areas they are moving on from the cold war, despite their extraordinary refusal to consider Trident nuclear weapons in their strategic considerations.

For many years the US goal has been full spectrum dominance of land, sea, air, space and information. Small wonder that the Pentagon has formally recognised cyberspace as a new domain in warfare and President Obama has declared the US’s digital infrastructure to be a strategic national asset. Indeed, NATO also has an international cyber defence centre based in Estonia.

Even here in Britain we have a cyber security centre at GCHQ which is normally thought of rather mundanely as busily tapping our phones. Last week its director advised that we take a more aggressive approach to cyber attacks. But I suspect most people don’t actually know what they are and are wary of an expensive new hyped-up threat.

In recent times, terrorism and climate change have been identified as the two main threats to our nation’s security. Advance reports suggest that cyber warfare is now seen as a threat increasing in significance over terrorism. But what of climate change? Has that now reached an unfashionable low point and been relegated to a mere environmental concern? It will be very interesting to see the government’s strategy laid out, and to understand the thinking behind it.

How has the government worked out its risk assessment? What has led it, reportedly, to protect MI5 and MI6, and the special forces, at the expense of conventional forces?

But whichever way you cut it, the real white elephant remains Britain’s nuclear weapons. Nukes were the big threat in James Bond films pre-1989. They have no conceivable military use and are an absurd and wasteful piece of political posturing. Whether the threat is cyber attack, climate change, terrorists or Afghan rebels, nuclear weapons are not the answer.

Major initiatives are taking place internationally to reduce stock piles, steps to global disarmament are being discussed at the highest levels internationally. Why on earth would Britain want to rearm? It’s time to spend the money on Britain’s genuine security needs, and we need an open and informed debate about what those threats actually are.

16 Responses to “CND: Is it now time to scrap Trident?”