Most political bloggers are motivated to fight what they see as bigotry, prejudice, and ill-informed, unjustifiable assertion. This is a fine and noble cause, because the spreading of false beliefs - without the evidence to support them – is bad for all of us, as is the displacement of informed argument by mere rhetoric. All the more so when the perpetrator is powerful or influential. 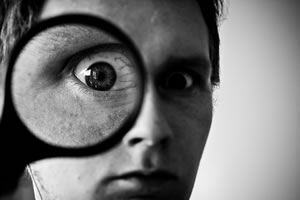 This is a guest cross-post by Andrew Regan, originally posted on Political Innovation

Most political bloggers are motivated to fight what they see as bigotry, prejudice, and ill-informed, unjustifiable assertion. This is a fine and noble cause, because the spreading of false beliefs – without the evidence to support them – is bad for all of us, as is the displacement of informed argument by mere rhetoric. All the more so when the perpetrator is powerful or influential.

We need a solution that allows writers to write and thinkers to get their thoughts into print, but that gives the ultimate power of scrutiny over blogs, online newspapers, and think-tanks – whether they like it or not – to their millions of readers.

A service that makes it easy for readers to flag-up the unsubstantiated assertions that bloggers and journalists make – in a seamless, a structured, and a visible way – so that they may be held to account, and asked to back up their claims. Addressing public concerns is good for politics, as well as for one’s reputation. Not responding would give out a less desirable signal…

I believe that a centralised service like this would encourage more thoughtful blogging, reward the best bloggers, and penalise those who are the most shrill, the most partisan, the least constructive, and the least conversational – all without the need for ‘codes of conduct’.

If you do, you’ll be pleased to hear that a solution is just around the corner. I run a site called Poblish.org that aggregates all kinds of political content, creating a central, searchable hub for the output of 2000 (and growing) of the most popular and influential bloggers and journalists. In other words, it’s the perfect place to find political bigotry, prejudice, and assertion.

Once a reader has identified an article – or just a section – that they feel needs substantiation, Poblish will guide them through a very easy-to-use process describing their request, passing the request to the original author (by email, or via TheyWorkForYou for MPs), handling their response, asking the reader to review it, adding or subtracting Brownie points as necessary, and recording the results so that other readers and authors can learn from what happened.

Most of the work has already been done to create this system. There’s even an API for accessing the results. The next stage is for bloggers and political representatives to commit to being part of this; for their readers to start flagging assertions, confident that their efforts will be rewarded, and that online politics can improve; and for developers and the political data community to help perfect Poblish’s solution.

We’d be very interested to hear any ideas that you have for an essay of your own –we’ll need an email and we’ll want to discuss it with you before it goes on the site. All contributions will be archived on www.politicalinnovation.org – along with details of what we’re looking for from essayists and a bunch of FAQs and a guide to how we hope the whole thing will play out.

I hope you’ll get involved in this as a commenter, participant or maybe even as an essayist. Make sure you don’t miss anything by joining our Google Group, subscribing to the blog RSS feed, getting each post emailed to you and, of course, following us on Twitter and Facebook.

6 Responses to “PI no. 3: Assertion-flagging: for less partisan, prejudiced blogging”