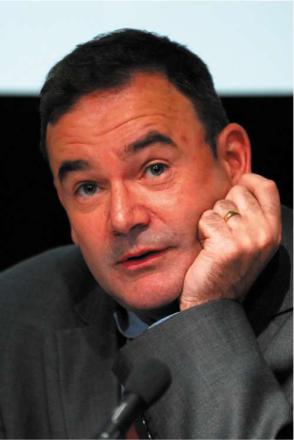 Local community campaigning is messy; there is no right or wrong way to do it. It forces us to fundamentally change the relationship between Labour activists and the local societies we campaign with and for. But it is necessary if Labour is to reconnect.

Labour activists must fight not only to win elections. We must show we have the power to make a difference in every locality even when we’re not in government. And that we can band together to protect our localities from the unfettered power of the market even when we don’t have power in Whitehall. The point is for Labour to become a movement of local activists not a machine.

That was of message of ‘Labour Neighbours: reshaping what it needs to be Labour and local’, an event that brought together the Co-operative Party, the Christian Socialist Movement and Labour Values on Tuesday night at the Labour conference fringe. Participants at the fringe asked whether can Labour develop a new approach to connect at a local level.

The event saw Maurice Glassman and Jon Cruddas MP talk about the ethical roots of Labour activism, and the need for Labour to understand the emotional way people connect with place. Campaigning which taps into that sense of place can resist the total dominance of market values that commodify human beings. But it also blocks the tendency of the bureaucratic state to treat people as units of administration not visceral beings with a value of their own.

Andy Flannagan, Director of the Christian Socialist Movement, said “we need to show we want to serve people whether or not we are in power.” At the meeting, the Christian Socialist Movement launched its Labour Neighbours initiative: a series of pilot projects where local activists will explore how they can embrace community organising, localism and social action in a genuine desire to serve and transform their local communities. The pilots will include Warrington South, Corby, and Vauxhall.

Labour’s renewal will happen on our streets and in our communities more than in Parliament. The fringe meeting ended with concrete case studies from places where Labour activists have been getting stuck where they live. In the Labour Neighbours pilot in Gosport, activists have been helping to clean up their neighbourhood. In Greenwich, party members have started to find out what obstacles people face making ends meet. As the Greenwich Fairness Campaign builds over the coming months, party members will campaign to reduce indebtedness and increase low pay in response to what the survey finds. Together with campaigns like Hope Not Hate and the Movement for Change, local campaigns like these are changing the relationship citizens have with Labour.