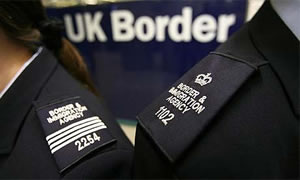 But this hasn’t been caused by an increase in immigration, or at least not in the way that most people think about it.

The increase in net immigration shown in statistics is bad news for the Government, given its now oft-restated aim of reducing net immigration to ‘tens of thousands, rather than hundreds of thousands’. With net immigration now rising again, after a period of substantial declines, this objective looks like it is becoming harder and harder to reach.

In seeking to achieve its objective, the Government has already introduced a temporary cap on immigration via Tiers 1 and 2 of the Points-Based System, with a permanent cap to be announced towards the end of this year. It is reviewing the student visa system; has brought forward various initiatives planned by the previous government to tighten the immigration rules, and has made clear that future EU expansion will be accompanied by transitional controls on migration to the UK from new member states.

But the Government may find itself running to stand still with respect to its total net immigration target if British net emigration continues to decline.  Ippr’s paper The Limits to Limits explored the numbers behind the immigration cap in some detail, and concluded that net immigration of less than 100,000 could be achieved without major policy changes, in the current economic circumstances.

If British net emigration settles down at anything close to this level, and given that other key migration flows are more-or-less outside government control (including migration from the EU, and asylum) the Government will have to impose drastic limits on non-EU immigration for work and study if it is to have any hope of reducing net immigration to below 100,000.

The proposed cap on skilled migration from outside the EU through Tiers 1 and 2 of the PBS is already raising major concerns from business – if the Government is forced to set the cap at a very low level in order to meet its overall net migration objective, serious economic harm seems likely to result.

Reforms to the student visa regime are needed, and a further clampdown on abuse of the system is welcome – policy changes made by the previous government largely dealt with so-called ‘bogus colleges’, but some abuse no–doubt remains. However, we have to assume that most student migration is legitimate, and it is certainly the case that many UK education institutions are dependent on foreign students’ fees for their financial survival. Reduced funding for UK students will only deepen this dependence – Government attempts to drastically reduce student immigration could have serious consequences for the UK’s education system.

To translate this into something approximating the experiences of real people, think about 57 new migrants moving to a community and 37 leaving – the net impact on local population is relatively small, but it represents a lot of coming and going and people will likely be aware (and perhaps worried) about the number of newcomers. People don’t meet “net immigrants”, they just meet immigrants.

The fact that today’s statistics show rising net immigration, although this is driven by changing British migration patterns rather than foreign immigration, will no doubt be taken by anti-immigration groups as evidence that the Government needs to be even tougher. In fact, the Government should take a careful look at today’s statistics, and re-visit its objective of reducing total net immigration to ‘tens, rather than hundreds, of thousands’ – meeting it looks likely to have serious economic costs for the UK.