The leaked DfID document raises important questions about Andrew Mitchell's 'output-based' approach. How will progress be made without the commitments? What is so broken that needs fixing? 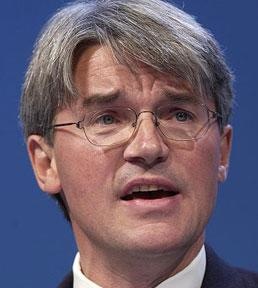 The Coalition Programme committed DfID to support actions to achieve the Millennium Development Goals (MDGs) by prioritising aid projects that ensured access to clean water, sanitation, healthcare, and education. Fast forward two months, and DfID is proposing to drop commitments to spend £8.5 billion on education, £6 billion on health, and £1 billion on water and sanitation. And not just ‘inputs’ too – output-based commitments to help 8 million children go to school in Africa and 55 million people gain access to water and sanitation too.

So how exactly is the Coalition to make progress on the MDGs in the absences of these commitments? The signs are worrying. The upcoming UN Summit on the MDGs should be an opportunity to continue Britain’s leadership in this area. Yet despite repeated questioning in Parliament, the Coalition has failed to set out clear red-lines and objectives for the Summit, merely talking about how they seek agreement on an ‘action agenda’. In a Parliamentary Answer Andrew Mitchell admitted that he and Nick Clegg have only met once formally to discuss the Summit.

Secondly, why the obsession with “outputs”, when DfID is already considered a world leader in aid effectiveness?

“The UK performs well against the key aid effectiveness indicators … DFID’s ability to implement its aid effectiveness commitments is supported by its decentralised model, and by significant use of general and sector budget support.”

In addition, the One campaign’s 2010 Data report outlined that “the UK leads all other G7 countries on ODA [aid] effectiveness”.

The new Coalition government risk putting this leadership at risk. A move towards ‘results’ based aid may seem appealing as pressure intensifies to demonstrate value for money, particularly when the aid budget is growing whilst other departments are cut. But as NGOs including Save the Children have pointed out, this can actually reduce aid effectiveness:

“[Results based aid] works best for interventions that involve a discrete output, such as the construction of a road, and less well for more complex structural changes – like civil service reform – where judgements about progress are more subjective.”

Today’s leaked documents are deeply worrying. DfID’s recommendation to drop key commitments is bad enough – but Mitchell’s push for ‘results’ is a crusade against straw men that risks trying DfID in knots, reducing the effectiveness of UK aid and failing to achieve the one thing he seems to care about most – value for money.