Nine months ago Nick Clegg vowed to remove government special advisers' salaries from the taxpayers burden. He is now spending £165,000 on his two spads. 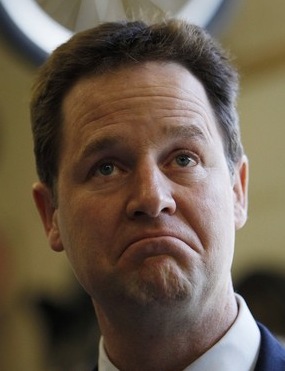 In September 2009, Nick Clegg set out his money saving pledge in ‘A better politics for less‘:

“Special Advisors will not be paid for by the taxpayer”

“The government currently employs 74 Special Advisers in the central departments, an increase of more than 90% since 1995, at a cost to the taxpayer of £5.9m each year. These are political jobs, and should, therefore, be funded by political parties.”

At the time, the Liberal Democrats estimated that taxpayer savings would amount to some £5.9 million.

Any coalition would have required necessary compromises between the two parties, but a point of political principle such as not charging taxpayers for special advisers’ salaries was within the gift of the Liberal Democrats alone.

This could and should have been maintained even as the the Lib Dems went from opposition to government. The short term expediency of ditching a campaign pledge for the trappings of office is precisely the kind of matter that the Lib Dems would once have rightly hounded government ministers on.