In the March Budget, Labour set out plans to cut public spending by £38 billion. The OBR's report today provides no justification to go any further next week. 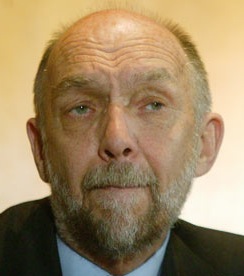 The Office of Budget Responsibility predict that growth will come in lower than forecast in the March Budget but that borrowing will also be lower. With the coalition government intent on cutting a range of taxes, we should be in no doubt about the justification for spending cuts above and beyond the £38 billion mooted in Alistair Darling’s final Budget. They are driven by ideology not necessity.

According to the OBR report presented today by Sir Alan Budd, compared to the March Budget, total managed expenditure is £2.8 billion lower while receipts are up £5.6 billion for 2010-11. This has contributed to the estimate of the current budget deficit falling from £124 billion at the Budget to £114 billion.

There is only a 0.3% of GDP difference (maybe 5bn) between Darling’s structural deficit forecast and Budd’s. This means there is no prima-facie ammo in the Budd Report for a significant tightening in order to eliminate “the bulk of the structural deficit”.

As Left Foot Forward showed last week, the coalition government plans – over the course of this Parliament – to cut income tax, employer national insurance, corporation tax, freeze council tax, and “recognise marriage in the tax system”. These are all discretionary decisions which will need to be paid for by additional tax increases or spending cuts above and beyond the £38 billion of spending cuts that Labour set out would be needed in its final Budget (Paragraph 2.57).

With the Government preparing a “climb down” on raising capital gains tax, there are growing suspicions that they will pay for their tax giveaways by raising VAT, which is urged by business, or cutting additional public services.

34 Responses to “No case to cut more than Labour”