Because of internalised homophobia many LGBT refugees stay underground and don't try and regularise their situation until they become desperate. 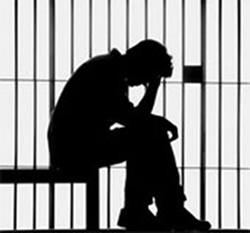 “Virtually all gay asylum-seekers sent back to persecution” – that’s the Twitter meme about the UK and it’s been picked up in blog and website posts around the internet. It’s based on The Independent on Sunday’s coverage yesterday about the release of a report by Stonewall into LGBT asylum. The report doesn’t say what the meme says it does but, unfortunately, because of a note attached to the press release issued by Stonewall, it’s easy to see how the Indy got the wrong end of the stick.

Stonewall’s report uses research by the UK Lesbian and Gay Immigration Group released two months ago. This examined 50 initial asylum refusal letters on sexual orientation grounds and that’s where 98% came in; 73% is the overall first refusal rate. But those cases are appealed or resubmitted and a lot of them win. Two just came before the Supreme Court in a test case of the ‘go home and be discrete’ policy.

How many either win or are eventually removed we simply don’t know because the Home Office doesn’t collect numbers (they’ve been asked, it’s ‘prohibitively expensive’). We do know some are – I’ve been helping a gay man removed to Accra connect with a ‘safe house’ as he has a death threat from his family.

What the Stonewall report does is qualitatively, through extensive interviews with Border Agents as well as asylum seekers, demonstrate what they describe as “institutionalised homophobia” in the system. This reinforces what UKLGIG found in the language used in refusal letters.

For example, UKBA case worker to asylum-seeker (my emphasis):

“Why do you choose to be homosexual when you know it is illegal in your own country?”

This is the ‘counter meme’ on this topic which needs headlining because ‘98% sent back’ is really damaging if it becomes accepted truth.

Bruce Leimsidor, Professor of EU asylum law at Ca’ Foscari University, Venice, Italy,  goes into this in a post for LGBT Asylum News. He explains that credibility is crucial in asylum and for decision makers like the UKBA case owners, government officials, and MPs to see this ‘98% sent back’ untruth they might well “wrongly suspect that gay asylum advocates are behind these distortions”.

Prof. Leimsidor also says that this is undoubtedly the case with the general public “who must sense that such extreme figures on deportations can’t possibly correspond to reality”. When the UKLGIG research was first published I had a number of journalists requiring the first-refusal explanation precisely because it doesn’t sound credible at first blush.

But the most damaging impact would be on refugees themselves, Prof. Leimsidor adds:

“It is [already] difficult to persuade persecuted refugee gays to file asylum claims as such, and not try to avoid the issue by filing a fictitious claim on political or religious grounds.

“The Stonewall report quite rightly stresses how difficult it is for many LGBT coming from intensely homophobic societies to admit their homosexuality and to subject themselves to the long, humiliating, and uncertain process of filing for asylum on the grounds of their sexual orientation.

“It has been well established that one of the cruelest effects of persecution is that since it defies rationality, the victim begins to believe that he somehow deserves the mistreatment.”

Because of internalised homophobia many LGBT refugees stay underground and don’t try and regularise their situation until they become desperate. This is exactly what happened to the Ghanaian I tried to help. It’s no wonder then that they aren’t thought credible by UKBA.

But this can change and these people can be helped through education about the backgrounds these refugees come from as well as policy change and leadership from the top to do something about the homophobia Stonewall demonstrates exists in the agency. It has been done in other areas run by government – most notably the police. And many UKBA agents want it – Stonewall quotes some of them asking for help.

The Coalition has included a line on LGBT asylum in its agreement. I am encouraged by this and explain why here.