The IFS have reported on the three parties' tax and spend plans. They shows that the Tory's cut to National Insurance is regressive. 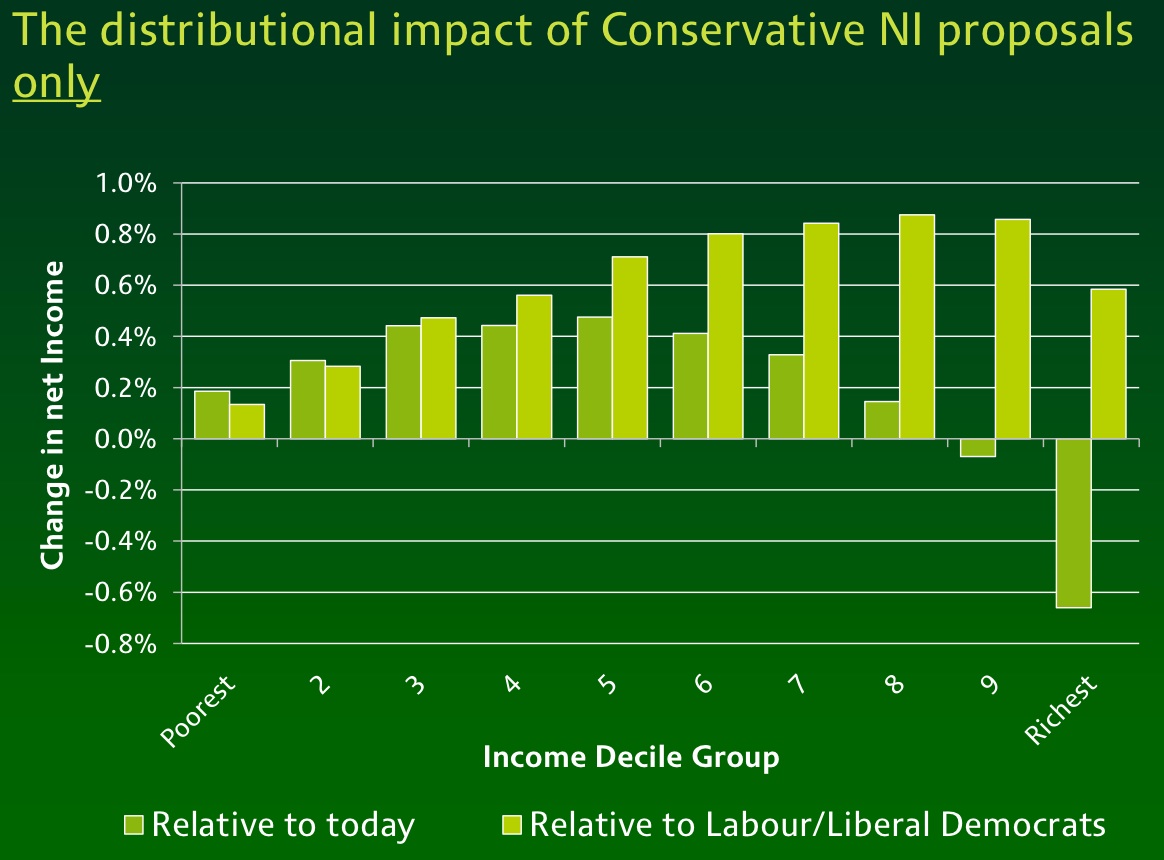 Beyond the headlines, the Institute for Fiscal Studies’ report on tax and spend shows that the Conservative’s flagship policy to cut the planned rise in National Insurance is regressive and would benefit individuals further up the income distribution.

The IFS’ analysis of the parties’ tax and benefits plan shows that, relative to the Labour and Liberal Democrats’ policies, the National Insurance cut would benefit those towards the top of the income scale to a greater degree than those at the bottom.

The IFS says that Labour’s planned tax increases are “progressive” with the “richest households, especially top 1%, face biggest increase in tax as a proportion of income … [and] lower and middle income households hit but to a much lesser extent”. The Conservative plans are described as “less” progressive.

The report details the pain of spending cuts to come and says:

“Over the four years starting in April 2011, both Labour and the Liberal Democrats would need to deliver the deepest sustained cut to spending on public services since the four years from April 1976 to March 1980. Starting this year, the Conservative plans imply cuts to spending on public services that have not been delivered over any five-year period since the Second World War.”

• The Conservatives will “probably” have to reverse half the National Insurance cut they plan.

• 11.6 million married people will be excluded from Tory marriage tax break because husband and wife both work, as reported on Next Left

• The Conservatives’ manifesto is “incomplete at best and misleading at worst” on the issue of tax credit cuts.