The Conservatives are planning a £1 billion tax break for married couples. It shows they have sacrificed fiscal responsibility for a pre-election giveaway. 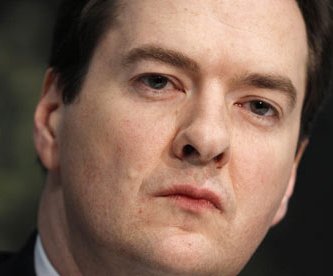 The Sunday Times today reveals more details about the Conservative’s £1 billion tax break for married couples. Combined with their £6 billion pledge on National Insurance last week, it reveals a party which has chosen to sacrifice fiscal responsibility for a pre-election giveaway.

In his conference speech in October, George Osborne set out some of the measures that a Tory government would take to ensure that a priority of the Conservative government would be, “tackling Britain’s debt crisis to stop higher interest rates and higher unemployment for all”.

Earlier this year, shadow chief secretary fleshed this out by saying:

“At the Conservative party conference last October George Osborne said we would make a start in cutting public spending in 2010… That remains our position. We actually set out some specific cuts – some of which would bite in 2010: the Child Trust Funds and the Child Tax Credits… (The scale of the cuts come to) just over a billion pounds or a billion and a half pounds. Something like that.”

But following criticism of the Tories sums by Channel 4 Fact Check, Mr Osborne used his Guardian interview to downscale his estimates of the same Tory cuts in 2010/11:

“In the interview, the shadow chancellor also disclosed, for the first time, that he would not reduce public spending by more than £6.5bn in the current financial year. He said £6bn would come from efficiencies, and £500m from cuts to child trust funds and working tax credits for the better off.”

And the Tories are not just reducing their commitment to spending cuts, they are also increasing their planned tax breaks. On top of the £5.6 billion National Insurance pledge last week, the Sunday Times has today been informed that:

“DAVID CAMERON will this week unveil a £1 billion tax break for married couples… The new tax proposal, likely to benefit millions of young families, will form the centrepiece of the Tory election manifesto.”

Never mind that – as Left Foot Forward has shown – that the policy will do absolutely nothing for the majority of people who are unmarried, widowed or divorced; will favour rich over poor; and penalises young people, their mooted announcement leaves a substantial question mark over their commitment to fiscal responsibility.

In the Budget, the Government set out how it would reduce the deficit by 2013/14 through £19 billion of costed tax rises (including the NI rise) and £38 billion in spending cuts (more than half costed including painful cuts to Higher Education). Before the married tax break proposal has even been included, the Institute for Fiscal Studies has estimated a blackhole in the Tory plans worth “roughly £4 billion of tax increases and £14 billion of spending cuts.”

The IFS went on to say:

“Using the bulk of these [efficiency saving] spending cuts to finance the NI cut means that they are not available to contribute to the task of reducing government borrowing that the Conservatives have set such store by. Reducing the deficit more quickly than the Government plans to will therefore require even greater cuts to public services spending, or to greater reliance on welfare cuts or tax increases that might be as economically costly as the NI increases they are seeking to mitigate.”

No-one knows where the axe will fall or whether, as Ed Balls suggests today, VAT will have to rise. The only truth is that the Tories will enter the general election with less clarity around their spending plans than Labour.