This week the Fabian Society and the ippr rallied in defence of the Child Trust Fund in an event that celebrated its achievements and potential. 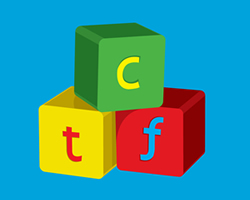 This week the Fabian Society and the Institute for Public Policy Research (ippr) rallied in defence of the Child Trust Fund in an event that celebrated its achievements and potential for dramatic improvements in citizenship, social mobility, and the well being of society.

The future of the Child Trust Fund, the UK’s first universal savings scheme introduced in 2002, has recently been called into question with both George Osborne and Vince Cable calling for it to be scrapped, despite the wishes of the electorate.

A survey for the Daycare Trust, the national childcare charity, showed that 54 per cent and 57 per cent respectively believed that any party that failed to protect Sure Start Children’s Centres and the Child Trust Fund would suffer at the polls; and with 5 million children now benefiting from the fund, the panellists at the event highlighted its benefits.

Julian Le Grand, professor of social policy at the London School of Economics and former senior policy advisor at Number 10, argued that the Child Trust Fund could “shake the world” and made the case that “very small amounts of capital have enormous impacts on life chances” – for example the ability to start a business. In addition he believed that the recent financial crisis showed the importance of an increased level of savings in the economy.

David White, chief executive of the Children’s Mutual, said the fund had been a “huge success as a policy” and recounted the high level of participation as proof. Around 75 per cent of parents opened an account within a few months of their child’s birth and the number of people actively saving for their children’s future had trebled. The amount of money being saved had also increased by 60 per cent. This had positive effects, White said, on individuals’ outlook on life.

Carey Oppenheim, co-director of the ippr, argued that the Child Trust Fund encouraged individual and collective responsibility through savings and said she was very disappointed with the response from the Liberal Democrats and Conservatives.

Despite the benefits laid out by the rest of the panel, Jonty Olliff-Cooper – head of the Progressive Conservative project at Demos and part of the executive team of pressure group Bright Blue – remained unconvinced by the Child Trust Fund and called for called for a broader asset-based strategy that rewarded thrift.

Additional reporting by Tommy Norton, an intern at the Fabian Society

11 Responses to “Celebrating the achievements of the Child Trust Fund”