The High Court today ruled that the government’s position on airport expansion is “untenable in law and common sense” - prompting a re-think of their analysis. 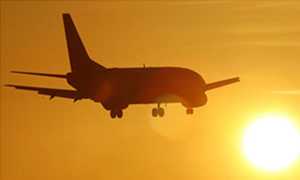 They won’t like it, but they’ll have to go along with it. With the High Court today ruling that the government’s position on airport expansion is “untenable in law and common sense”, ministers’ plans for a third runway at Heathrow lie in tatters.

John McDonnell, the Labour MP for Hayes and Harlington, who has led a 30-year campaign against the extension of the west London airport, said:

“In essence this judgment means that the game is up for a third runway at Heathrow and I am calling upon the Government to accept the inevitable and lift this threat to my community.”

If ministers decide to still try and pursue their plans for Heathrow expansion, they will be forced to go back to square one and reconsider their entire national aviation policy, as the Judge ruled they must now factor in the impacts of flying on the climate and re-do their economic analysis.

Crucially, the Judge ruled with regard to the government’s 2003 aviation white paper – the basis for airport expansion plans around the UK including at Heathrow – that:

“Common sense demanded that a policy established in 2003, before the important developments in climate change policy, symbolised by the Climate Change Act 2008, should be subject to review in the light of those developments.”

The judge also said that “it makes no sense to treat the economic case as settled in 2003” and expressed real concern at what he called the “hardship caused to the local community by uncertainty” over the third runway.

This ruling can be seen as the climax of a huge civil society campaign that has seen an unprecedented joint effort by green groups, local councils, west London community groups and the grassroots climate movement.