The Future Jobs Fund and the Young Person's Guarantee will be extended until 2012. The labour market is starting to recover far earlier than expected. 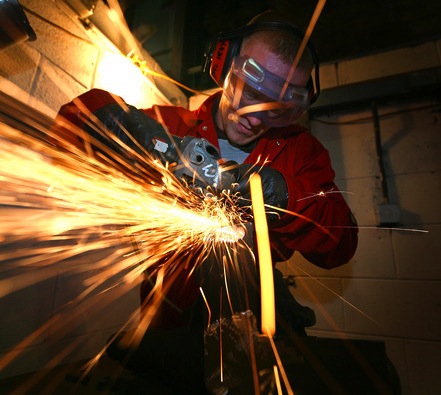 Today’s announcement that the Future Jobs Fund and the Young Person’s Guarantee will be extended until 2012 is great news. These programmes are already reducing young people’s risks of long-term unemployment – and all of its associated costs – meaning that despite the largest drop in GDP since the 1920s youth unemployment levels, against both the claimant and ILO measures, have already started to fall. The labour market is starting to recover far earlier than in previous recent recessions. Government intervention is part of the reason why: fiscal stimulus, low interest rates, active labour market policy and a modest (pre-recession) re-regulation of the labour market (for example the right to request flexible working) have been key to better outcomes.

Real jobs to give young people real experience are being created. In Nottingham, for example, 500 young people are now in paid work as a result of the Future Jobs Fund. Nationally, bids have been approved for 117,000 positions.

The Conservatives have criticised these positions as ‘make work‘ – proposing instead a range of training and educational support (much of which is already available), coordinated by private contractors who will be incentivised to move young people into sustainable jobs. But this strategy misses the point. The problem is a lack of jobs, not a lack of financial incentives for the welfare-to-work industry. The Future Jobs Fund addresses the economy’s current demand-side weaknesses in a way that training and other employability programmes cannot: making unemployed people more job-ready has little effect when there are insufficient jobs for them to move into.

Future Jobs Fund jobs are not just another activity with which to occupy young people, and are not a waste of time that should be spent in training. These jobs provide real work experience, access to relevant training, employer references and time to search for permanent jobs on the open labour market. Paying the minimum wage reduces drop out rates and increases the quality and credibility of placements. It also means that the programme guards against displacement of existing workers. There is a strong evidence base to show that the Future Jobs Fund model is the best available to prevent long-term worklessness and unemployment setting in – participants in job guarantee schemes have a better chance of moving into future work.

Today’s budget also includes a range of additional labour market measures, including some useful changes to the tax credit system – as my colleague Richard has outlined:

• From April of next year people on Employment and Support Allowance who have a limited capability for work will automatically qualify for the disability element of Working Tax Credit.

• From the same date, people aged over 60 will qualify for WTC if they work over 16 hours a week – at present they face a 30 hours threshold. This measure (which was announced in the PBR) should be particularly useful for people who want to remain in employment but would like to ‘down-shift’.

• From next month, the WTC childcare element will be simplified for short claims. At present, these payments have to be spread out over the whole year, but the new system will pay parents the money when they are spending it.

• This will be particularly useful for parents with older children, who don’t need childcare during term time but do during the school holidays.

• From 2012 the child element of the Child Tax Credit will be increased by £4 a week for children under 2 – in all families regardless of parents’ relationship status.

These improvements in in-work support, and the important commitment to continue investment in preventing long-term youth unemployment are good news for working people, and good news for growth. It remains to be seen whether the Conservatives will match them.