Chris Grayling is at the centre of yet more allegations of misusing statistics after failing to provide details of a study showing a 44% rise in violent crime. 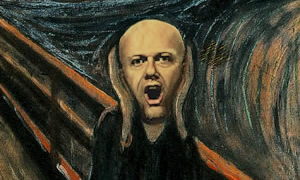 Chris Grayling is at the centre of yet more allegations of misusing statistics after failing to provide full details of a House of Commons Library “study”, spun to the right wing press this morning, which apparently showed a 44 per cent rise in violent crime.

The shadow home secretary’s office are the only people able to release the complete details of the “study” – which is, in fact, “not a study at all”, as a spokeswoman for the House of Commons Library explained to Left Foot Forward:

“I’m afraid I cannot send you the information you require, it was an individual request for information from a member. I can’t even tell you who that member is because it was a confidential request, though it’s pretty obvious who it was.

“In any case, it’s not a study at all, just some answers to a request from a member.”

All of which poses a number of questions, both for Grayling and the papers which ran with his figures:

• Why is Grayling so reluctant to release the full details?

• Why didn’t any newspapers press him on the details?

• Would Grayling have released any figures at all if they had contradicted his hypothesis?

• Would anyone have found out about his request if he had failed to release the findings?

Left Foot Forward has previously reported that violent crime is down, on a range of indicators, both in the past year and over the past 15 years.

The recent “Home Office Statistical Bulletin: Homicides, Firearm Offences and Intimate Violence 2008/09″ shows homicides down 14% from 2007/8 – the lowest level for ten years – “Sharp instrument” homicides down 6%, shooting homicides down 26% and all firearms offences down 18% – the fifth consecutive fall.

The official figures also reveal all violent crime, classed as robbery, sexual offences, assault and murder, is down nearly 50 per cent since peaking in 1995.