Coventry council announced it will install dimmer switches on all 28,000 of the city’s street lights in a bid to cut carbon emissions and combat light pollution 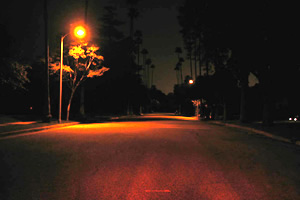 Coventry council has announced it will install dimmer switches on all 28,000 of the city’s street lights in a bid to cut carbon emissions and combat light pollution.

A new computerised system will allow the local authority to have much more flexibility in controlling municipal lighting, leading to large efficiency gains.

Under the system, streetlights would be kept bright during busy times and in accident black spots, but can be dimmed in the early hours when they are least needed.

Coventry is a Conservative-run council, and its adoption of this intelligent, progressive scheme should be a model for other councils – Conservative or otherwise – around the country.

It is also a sign-up to the 10:10 campaign, which encourages individuals, businesses and organisations to cut their emissions by 10 per cent during 2010.

Still, as a proportion of their total councils, the Tories still lag behind.

Coventry’s announcement comes as councils across the UK prepare for the start of the Carbon Reduction Commitment, a new emissions reduction and trading scheme for medium-sized emitters, which commences in April.

The council is not the first to introduce measures to tackle emissions from street lighting:

• Cornwall council is running a three-year programme to replace streetlights across the county with new adjustable bulbs, with communities free to choose how and when their lights are dimmed; and

• Last June, Wokingham Borough Council began a one-year trial of turning out selected street lights at night, aiming to save £18,000 in taxpayers’ money per every 1000 lights.

Wokingham is Conservative-controlled, whilst the Lib Dems hold Cornwall.

Some have argued that dimming streetlights will increase the likelihood of road accidents and street crime, but carefully managed, this need not be an issue.

Coventry council are not proposing to dim the lights on main roads or accident blackspots; indeed, the new scheme will enable lights to be made brighter for selected areas and times, such as after concerts and football matches.

Figures from their Dark Skies Campaign indicate that a countrywide deployment of more efficient streetlight designs that focus light downwards would save 830,000 tonnes of CO2.