John Denham is at war with the ‘broken Britain’ narrative; his speech on Wednesday left it pockmarked with facts from a Britain not nearly so broken. 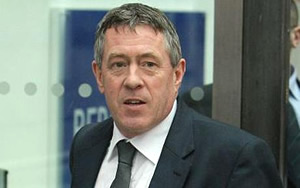 John Denham is at war with the ‘broken Britain’ narrative. The Local Government Minster’s speech at Unlock Democracy’s Citizenship Empowerment event on Wednesday left it pockmarked with facts from a Britain not nearly so broken.

Denham recognises that despite reduced crime, Sure Start centres and neighbourhood policing in every area, better school standards, public spaces improved, and many families better off through tax credits, many people still do not feel like they have control over their circumstances.

The recession has underlined how subject to economic winds people are: businesses close, relocate, get replaced by less skilled, less secure work, and Labour’s investment is lost from view.

Into this gap between facts and attitudes comes David Cameron’s broken Britain narrative, a go-to font of fear for certain pundits seeking a frame for their paintings.

Joining them in this gap, Denham has jumped right in with his charge on citizenship empowerment, addressed to the same discrepancy between beliefs and actuality in which Cameron has built his fane.

But if Denham has taken the narrative battle to the Tories, it has not been at the expense of the facts, but at their service: joining them into a picture of progress, whilst Cameron spins political capital from the Doncaster torture.

Central to this push is increasing access to data. Denham wants problems solved more locally, and this cannot be done if only central government has the information.

A billion pounds has been invested in housing since Gordon Brown’s housing pledge in June, but for Denham it is access to data that “gives us the chance both to discuss whether allocations policy is meeting local needs and challenge the many myths which are around”.

Here is the difference between Denham’s speech and the speaker at Unlock Democracy’s first Citizenship Empowerment talk: Oliver Letwin.

Denham does envisage an empowered citizenry making use of Fix My Street, Talk About Local, and Health Maps, but he also wants the scrutiny role handed to councils by the Sustainable Communities Act to be extended, so that when you go to see a councilor to complain about a rubbish school, they cannot say that it is not in their domain, because it all is, with the council obliged to keep watch.

In procuring services, the cheapest contract will not be always be the best – councils will be under pressure from their own awareness, unable to isolate the decision from its area implications.

The greater the information at their disposal, the greater the obligation to act on it. A better informed third sector will hold them to it. Empowerment is thus a tripartite relationship, the citizen as strong as his community networks.

“Turkey’s Voting For Christmas”, David Runciman’s investigation into why those who stand to benefit are resisting Obama’s healthcare reforms, described a culture polarised between fact-based and gut-based politics. He signed off with the prediction that this will soon characterise the British political landscape. It is already here.

On one side the ‘Broken Britain’ mantra, on the other the Government tries to make attitudes grow into the service improvement that has left it behind. The Right are peddling myths; Denham and Left Foot Forward are marshalling the facts.