The number of people in employment in the UK actually rose by 61,000 between September and October, the first monthly rise for nearly 18 months. 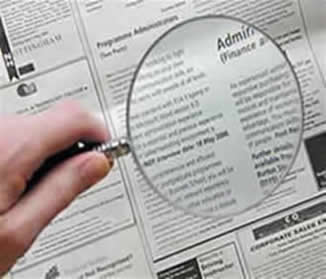 Don’t mention it too loudly or get too carried away, but the number of people in employment in the UK actually rose by 61,000 between September and October. This is the first monthly rise for nearly 18 months. The number of people looking for work also fell very slightly, as did the number of unemployed young people aged between 16 and 24 – which was widely expected to top one million, but hasn’t (yet).

People glancing at the latest unemployment figures on the news today might be wondering what I’m on about. They show that the number of people looking for work has gone up by 88,000 while the number in work have declined by 45,000. However, these are aggregated three month figures, indicating what happened in the labour market between August and October. So each time the official stats come out, one month’s numbers get added and one month’s drop off.

Comparing the published figures from last month to this allows you to strip out the older data, revealing that the number of people in work rose from 28,891,000 in September to 28,952,000 in October. The falls in overall and youth unemployment are far more modest – down 1,000 in both cases – but they are encouraging figures nonetheless. It is also worth remembering that around a quarter of all the young people classified as unemployed on the headline measure are actually full time students looking for part-time work (they respond ‘yes’ to a survey question asking them if they are looking for work so get counted).

Before we get too carried away about these figures it is important to remember Danny Blanchflower’s dictum that, “two data points don’t make a trend.” Redundancies fell by 68,000 on the quarter, but we will want to keep an eye on the next set of workforce jobs figures. In the US, unemployment fell in July only to climb up sharply over the next two months. Also, the claimant count rose again in October, by 21,000 – so no sign yet of the numbers on jobseeker’s allowance starting to fall. The crucial factor is whether firms start hiring staff again, which depends on profits rising, credit conditions easing, and investment holding up.  This is certainly not the time for government to be pulling out of the economy.

3 Responses to “Despite headlines employment is up by 61,000”