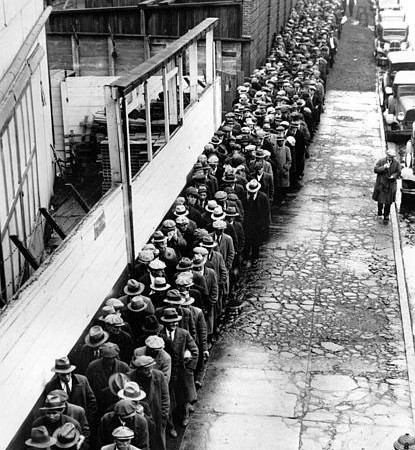 The news that the number of people looking for work now almost tops 2.47 million underlines that while the UK economy may be emerging from recession, the job market remains tough. Such a striking headline figure, and the human struggles which lie behind it, understandably dominate attention. But it is worth digging slightly deeper into today’s statistics to consider what is going on in the labour market and the likely trends over the coming months.

Firstly, the two measures of unemployment appear, on the face of it, to be telling divergent stories. The survey-based International Labour Organisation unemployment rate rose by 210,000 in the three months to July, whereas the Job Seekers’ Allowance claimant count rose by under 25,000 in August (reaching 1.6 million),  continuing a pattern established since early 2009. In previous recessions the gap between ILO and JSA unemployment has closed significantly and those out of work seek benefits, but this has taken place far less this time. Does this indicate that Britain’s flexible labour market and policies to encourage people back into work are working more effectively than in the past? Or is it the case that fewer people losing their jobs are claiming benefit (so far)? The DWP is investigating the discrepancy, but it could just be a statistical quirk: the ILO figure is based on a rolling three month average and lags behind the more up to date JSA numbers. Over the past year ILO has gone up by 743,000 and JSA by 693,000, suggesting a less significant difference.

While today’s figures are undoubtedly bleak, there are some chinks of positive news. The quarterly ILO figure rose by less than in the previous three months, suggesting the pace of growth in unemployment may be slowing. And repeated monthly JSA rises of between 20,000 and 25,000 are remarkably low given the scale of GDP decline at 5.5 per cent year-on-year. This is largely due to robust outflow levels: 331,000 people left JSA in August. However, there is no sign of significant falls in inflows to the benefit, which have been stuck at around 350,000 a month since February.

There is rightly much concern today about levels of youth unemployment and the risk of a “lost generation.” There are almost 1 million 16 to 24 year olds looking for work, a very worrying figure. That said, a proportion of these youngsters will be in education and it should be remembered that even during periods of growth, young people tend to make up about a third of those unemployed. The crucial thing is to prevent a return of long term youth unemployment (young people tend to find work quickly). Currently 173,000 young people have been unemployed for over a year. This makes the Government’s plan to guarantee a job or training to young people at risk of long term unemployment the most important of its recession response policies.

An OECD report published today commends the UK government for investing in active labour market programmes and taking action, through the £1 billion Future Jobs Fund, to increase the supply of jobs during the downturn. Where these investments have not been made – such as in Ireland or Spain – unemployment has grown much more quickly. The Conservative Party, of course, opposed the stimulus. Moving ahead, one possible course would be to ensure that all plans for future public spending reductions include an employment impact assessment to make sure the necessary fiscal rebalancing has the least possible negative impact on jobs.