Labour would have a majority of 292 seats 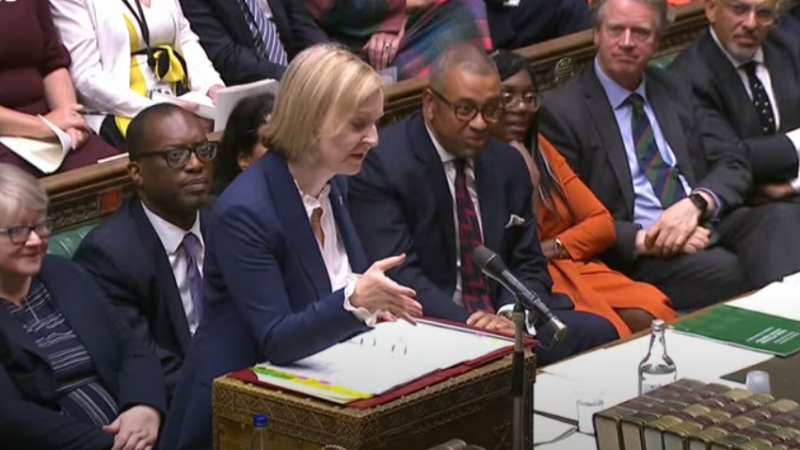 The implosion of the intellectually and politically exhausted Conservative Party, which decided to line the pockets of the wealthiest in society amid a crippling cost of living crisis, has seen it fall further and further behind in the polls.

With the Labour Party now recording its strongest poll leads over the Tories for decades, analysis from Electoral Calculas shows that the Tories would be left with a mere 85 seats in Parliament if current polling were translated into seats.

In the last week alone, as Liz Truss’s government was forced into a humiliating U-turn over plans to cut the top rate of income tax which was met with alarm not only in the markets but also from the IMF, the Labour lead over the Conservatives has gone up from 15 percent to 23 percent.

Based on that lead, Labour would have a majority of 292 seats, while the Tories would be left with a mere 85, with the SNP on 52 seats and the Liberal Democrats on 18.

Following its latest findings, Electoral Calculas said: “The Conservatives now have less than half the length of parliament to turn the polls around. But they also face economic headwinds in the short term as both family budgets and government spending are squeezed by inflation and higher interest rates. Debt deleveraging and higher rates may be good for the economy in the longer term, but the next election will happen before then.”

It comes as UK households are urged to reduce their energy consumption in a bid to avoid winter power cuts. The National Grid has warned that British households could lose power for up to three hours at a time this winter if gas supplies run low.

Ed Miliband has said that the warning from the National Grid “shows our vulnerability as a country as a direct consequence of a decade of failed Conservative energy policy”.