Politico estimates that up to 100 MPs are poised to submit or have already submitted no-confidence letters to Graham Brady, with the aim of forcing a change to the existing rules. 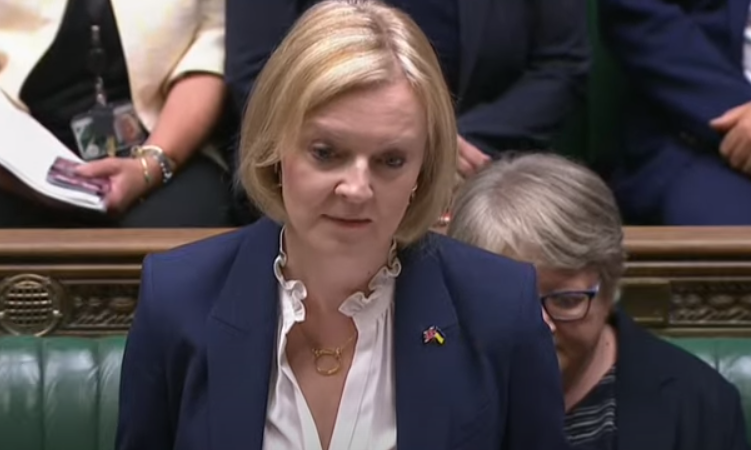 Her demise is inevitable. Has any prime minister lost as much credibility, authority and  haemorrhaged as much political capital in such short a time as Liz Truss? The writing is on the wall, with Tory MPs already speaking of Jeremy Hunt as a ‘de facto’ Prime Minister and others openly calling for her to go as letters pile high at the 1922 committee.

So how long does Truss have left as prime minister? According to some Tory MPs it could all be over in a matter of days, for others she only has a fortnight or months at most. One thing’s for certain, it’s a matter of when and not if. After Hunt delivered his statement today, effectively abandoning the entire agenda of the Truss premiership, leaving her without political support or a policy platform, Truss’s days are numbered.

Let’s take a look at some of the factors to determine just how long she has left.

The first of course is how the markets react to her premiership. Despite the sacking of Kwasi Kwarteng as chancellor, the markets and investors are still lacking in confidence in her plans. Should Jeremy Hunt’s fiscal package now fail to win the confidence of the markets in the short term and carry on going into freefall, then Truss will be out a lot sooner, possibly within a week. Even if the markets do recover, Truss’ political authority is shot, at most, all she has done is buy herself some more time, after an entirely self-inflicted crisis.

There is of course the fact that under the current rules of the 1922 committee, the prime minister cannot face a confidence vote within the first year of her premiership, however that hasn’t stopped MPs from sending in letters of no confidence. Politico estimates that up to 100 MPs are poised to submit or have already submitted no-confidence letters to Graham Brady, with the aim of forcing a change to the existing rules.

But first the 1922 committee would need to fill the vacant posts left by Nus Ghani and Aaron Bell after they took government roles. Nominations for candidates wishing to replace them close tonight, and the vote is expected on Tuesday. The new exec is then due to meet on Wednesday.

Two-thirds of Tory MPs would then need to back a rule change for one to happen, with some believing therefore that it could all be over by Thursday.

Then there are those who think Truss still has at least a fortnight left. This is based on the fact that some within the party are arguing that rebels should wait until at least Halloween to see what Hunt delivers in his economic plan.

The other factor to consider and one which buys Truss at least a few weeks is the fact that the party is yet to unanimously fall behind a single leader, with divisions over whether it should be Sunak, Mordaunt or Ben Wallace. The likes of Hunt and Shapps may well run too, and without a clear favourite, Truss is left in office, without power, as she lurches from crisis to crisis.

Whether its days, weeks or months, one thing is clear, without a policy platform after it was taken apart literally line by line by her new chancellor, upon which she had staked so much of her agenda on and without political support, Liz Truss’s days are numbered.

With as many as 100 letters expressing no-confidence in her thought to be awaiting Sir Graham Brady, and with MPs now openly calling for her to go, the latest being Angela Richardson, who has told Times Radio that she doesn’t think that ‘it’s tenable that she can stay in her position any longer’, Truss’s days are very limited.

The question many are asking can she even make the end of the week?