"The right to strike is a fundamental British liberty. But the government is attacking it in broad daylight." 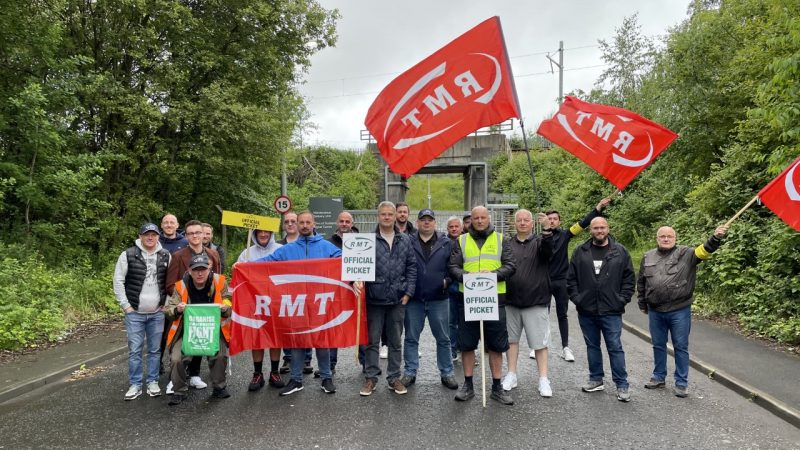 11 trade unions, coordinated by the TUC and represented by Thompsons Solicitors LLP, have today begun legal proceedings to protect the right to strike.

The legal challenge comes after the government made changes to regulations earlier this year to allow the use of agency workers to cover official industrial action.

The unions – ASLEF, BFAWU, FDA, GMB, NEU, NUJ, POA, PCS, RMT, Unite and Usdaw – have taken the case against the government’s new regulations which allow agency workers to fill in for striking workers and break strikes.

The unions come from a wide range of sectors and represent millions of workers in the UK.

They say that the government’s changes to the regulations are unlawful as the then Secretary of State for business failed to consult unions, as required by the Employment Agencies Act 1973 and because the changes violate fundamental trade union rights protected by Article 11 of the European Convention on Human Rights.

TUC General Secretary Frances O’Grady said: “The right to strike is a fundamental British liberty. But the government is attacking it in broad daylight.

“Threatening this right tilts the balance of power too far towards employers. It means workers can’t stand up for decent services and safety at work – or defend their jobs and pay.

“Ministers failed to consult with unions, as the law requires. And restricting the freedom to strike is a breach of international law.

“That’s why unions are coming together to challenge this change in the courts.

“Workers need stronger legal protections and more power in the workplace to defend their living standards – not less.”

Richard Arthur, Head of Trade Union Law at Thompsons Solicitors LLP, said: “The right to strike is respected and protected by international law including the Conventions of the ILO, an agency of the United Nations, and the European Convention on Human Rights.

“The Conservative government should face up to its legal obligations under both domestic and international law, instead of forever trying to undermine the internationally recognised right to strike.”