As the right wing advocates for leaving the European Court of Human Rights, is this more a reactionary fantasy than a potential reality? 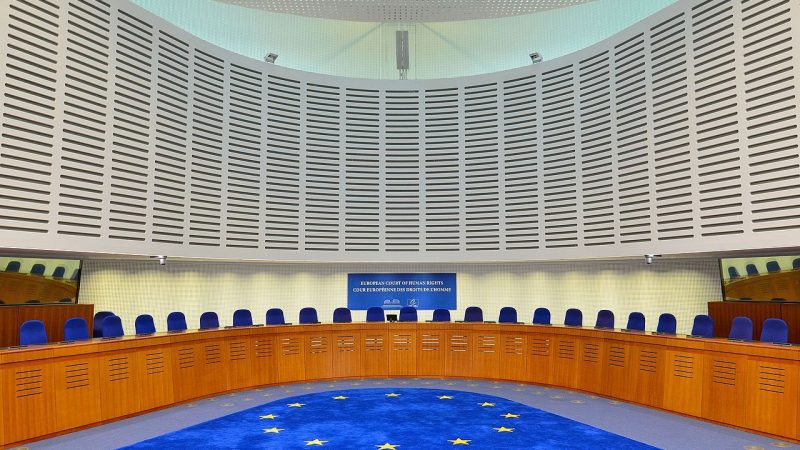 Having failed in their Scooby Doo villain-esque plan to deport asylum seekers to Rwanda as part of a cruel policy aiming to deter people from crossing the English Channel to claim asylum, the right wing has once again started saying that the UK must now leave the European Convention of Human Rights (ECHR).

All the worst people, from Douglas Murray to Tom Harwood, are now trying to use the fact that lawyers for people due to be deported appealed to the ECHR to say that Britain still doesn’t have enough independence (from the treaties we signed with our European neighbours). So is it realistic for the UK to leave the ECHR, and what would happen if it did?

The European Convention on Human Rights (ECHR) is a treaty which establishes the European Court of Human Rights (ECtHR) as a supranational court of appeal for cases to be heard which have been rejected by domestic courts. Perhaps you are a political prisoner in Turkey or Russia, for example, or a refugee being deported by the UK to Rwanda; then you can appeal to it.

But the ECHR is also central to the rights guaranteed to EU citizens in the UK under the EU Withdrawal Treaty, and it’s baked into the devolution agreements giving powers to the Scottish and Welsh parliaments and Northern Irish assembly. If leaving the EU was like unbaking a cake that’s already been made, withdrawal from the ECHR will be like trying to unbake the Withdrawal Agreement and devolution.

Promises to repeal the Human Rights Act, which brings the ECHR into UK law, were first made by the Tories in 2006, and resurface every time the government needs to do some Euro-bashing (and to make excuses for its own policy failures).

Yet, with the Conservatives now planning to unilaterally suspend parts of the Northern Ireland protocol (part of the Withdrawal Agreement), there is an increased possibility that the UK could similarly just ignore the fact that it is a member of the ECHR. Other countries do this, of course, but those countries are usually Turkey and Russia, and Russia is in fact leaving the ECHR later in 2022 after being consistently found in violation of its rules.

Chapter 3 of the EU-UK trade agreement commits the “UK and EU to respect the ECHR and to ‘giving effect to the rights and freedoms in that Convention domestically’ (Article LAW.GEN.3).” Furthermore, “if the UK withdraws from the ECHR cooperation on Law Enforcement and security ceases, regardless of whether the rest of the treaty is still in force”. So leaving the ECHR would effectively destroy the UK’s trade agreement with the EU too.

As Frederick Cowell’s LSE blog makes clear though, the UK could still limit the applicability of ECHR law, as it has already done with the Overseas Operations Bill. Again, this puts the UK in the same club of states that reject fundamental European human rights values as Russia.

It seems unlikely to me that the UK will really want to expend the time and energy necessary to fully leave the ECHR and Council of Europe of which it is a part. As many people have suggested, the creation of the Council was partly the brainchild of Winston Churchill, designed to lock in fundamental human rights norms within Europe and prevent the re-emergence of fascism. Leaving such a body sends a dark signal about the extent to which the UK has forgotten its own history and values.

Boris Johnson knows this. He has said that he is himself a supporter of the ECHR because of its creation by Churchill, a man he has so singularly tried and failed to emulate in his career. If he now supports leaving the ECHR, he will be changing his mind yet again for purely mercenary reasons.

The utter cynicism of people like former Sun editor Kelvin McKenzie, who now say that “the whole point of Brexit was to escape the legal clutches of the ECHR” should show that Brexit was never anything to do with principles. It was only ever about the powerful removing any checks and balances to their ability to abuse that power. These kind of people will never be happy unless they can do whatever they want, no matter the cost to their nation, their neighbours or their society.

It almost certainly won’t happen, because leaving the ECHR would require another huge legislative programme which would take up a lot of a parliamentary session. It would be madness for the Tories to waste most of a Parliament just to be able to deport refugees instead of almost anything else they could spend political capital on.

Given these facts, right wing anger at the ECHR seems like just another excuse for scapegoating supranational institutions for problems created by the UK government, in its never ending commitment to never taking responsibility for its own problems.