'You cut councils in their budget then you campaign against council tax rises when councils have no other choice but to do that.' 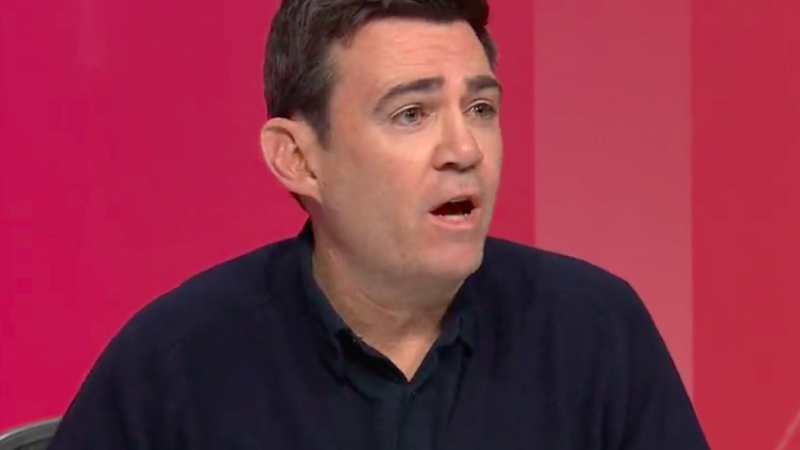 Mayor of Greater Manchester Andy Burnham gave a scathing assessment of the dishonesty of the Tory Party who he accused of ‘playing from Trump’s handbook’, in what has become a viral clip from his appearance on BBC Question Time.

While commenting on what he thought of the government’s levelling up agenda, turning to Tory MP Jake Berry, he blasted the Tories for their dishonesty and failure to help struggling councils up and down the country, whom the Tories have put under huge strain.

Turning to Berry, Burnham said: “Your government’s policy, your policy, is to place the directives on local councils and we’ve worked in good faith to try and implement it.

″But I went back to your government and said to them, ’this isn’t going to work because you refused the hardship fund for people on the lowest incomes and actually there’s now actually inflation in the vehicle market – it’s not going to work.′

“But this is the point, the dishonesty of this. It’s a national government policy and then you campaign against it.

“What you do is, you impose housing targets on local councils, then you campaign against the green belt level take on local level, your councillors.

“You cut councils in their budget then you campaign against council tax rises when councils have no other choice but to do that.

″You impose this directive on clean air, then you walk about saying ’scrap the clean air [fund].

“The dishonesty of the modern Conservative party is playing from the Trump handbook.”

The clip has been widely circulated on social media, earning Burnham many plaudits.