'If we want to limit global temperature increases to 1.5C, we need to keep fossil fuels in the ground. This means our power will come mainly from renewables' 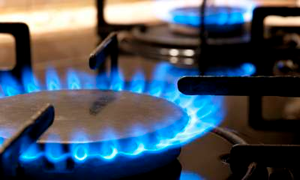 Gas prices have shot up in the last 6 months. As a result, households face a 50% rise in their energy bills from April and a looming cost of living crisis. Let’s be clear, the UK’s over-reliance on volatile international gas markets is fuelling this crisis.

This is because government policy limits the growth of UK renewables and as a result of decades of underfunding energy efficiency and clean heating across the country.

The solutions are all out there – a windfall tax on gas producers to pay for additional, targeted support through Universal Credit, the Warm Homes Discount, and Winter Fuel Allowance in addition to a new ten-year insulation scheme and a ramping up of renewables.

So how have we got here?

Government policy actively limits the growth of UK renewables. If we want to limit global temperature increases to 1.5C, we need to keep fossil fuels in the ground. This means our power will come mainly from renewables – onshore and offshore wind, solar and marine. Britain is not the world’s best place for solar, but for wind and marine there are few countries as well situated as us.

Not only should we be making all of our power through renewables, we should be exporting it across Europe which requires improving storage facilities. Additionally, the UK could be the drivers of green hydrogen production which will allow us to store energy and replace all fossil fuel gas in the energy sector.

The cost of wind power is coming down every year. Soon this will be a mature market, with steady costs. Once a windfarm is built, other than the overhead cost and maintenance, the electricity costs nothing. Almost all the cost is to build it in the first place.

The Government knows this and offers Contracts for Difference. This is more easily described as fixed price contracts for the electricity produced for a 20 year period. After 20 years, if government has any sense the electricity from these installations should be extremely cheap as they will be out of contract.

We are entering a timeline of 30 years of high investment, to be followed by low cost energy into the future. This vision delivers net zero and a much more sustainable world.

What is stopping us? The answer is simple – government policy actively limits the growth of UK renewables. Government policy has allowed renewables to grow, but only slowly and never to the point it produced all the energy we need. They are maintaining fossil fuels, nuclear and renewables alongside each other. This year, UK wind, solar and marine energy will account for roughly 30% of our electricity. As businesses and residential customers shift from gas to electricity, the government is limiting the growth of renewables by restricting the number of Contracts for Difference. This keeps the fossil fuel industry in the game.

Of course, the transition must come alongside support for those who work in fossil fuel industries. Education and training are key parts of the transition.

Which brings me back to the millions of customers who are more committed to climate action than this government. They have switched to a renewable electric supplier and they will find that in April they will be paying more for their electric even though they are not buying any electric made from gas.

This points to part of the problem. The market is regulated in a way which benefits gas companies. Renewable electricity prices are roughly the same now as they will be in 6 months. That price stability should be passed on.

In short, renewables are the long-term answer to the gas crisis and the Government must recognise this in their long-term response.