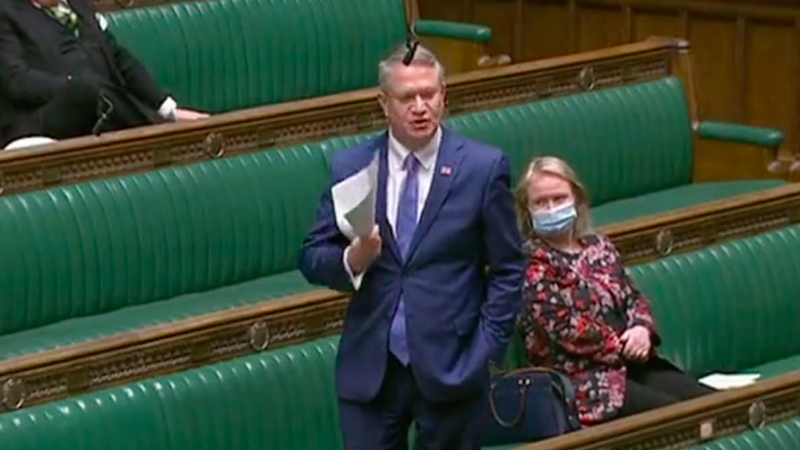 While the country continues to grapple with a cost of living crisis as well as the pandemic, Tory MP Andrew Rosindell took to the Commons today to demand that the BBC play the national anthem every night.

The MP for Romford said in the Commons today: “I know that the minister will agree that the singing of the national anthem is something that provides great sense of unity and pride in our nation, and so in this year of the Queen’s platinum jubilee will the minister take steps to encourage public broadcasters to play the national anthem and ensure that the BBC restore it at the end of the day’s programming before it switches to News 24?”

Chris Philp, Parliamentary Under Secretary of State at the Department for Digital, Culture, Media and Sport, replied: “We fully support the singing of the national anthem”.

That led to both Rosindell and Dorries being mocked online, with one social media user writing: “Conservative MP Andrew Rosindell asks what can be done to get biscuit factories to blow a whistle at 6pm and all the workers to come outside and dance while the factory owner plays an organ.

Another wrote: “mr. @AndrewRosindell would you consider passing legislation that would FORCE the liberal phone companies to include the national anthem as the default alarm music? that would be a great way to really stick it to them all.”