As thousands of UK schools take part in today’s ‘Stars in our Schools’ in celebration of support staff, a report shows the intense financial struggle of school employees on low pay. 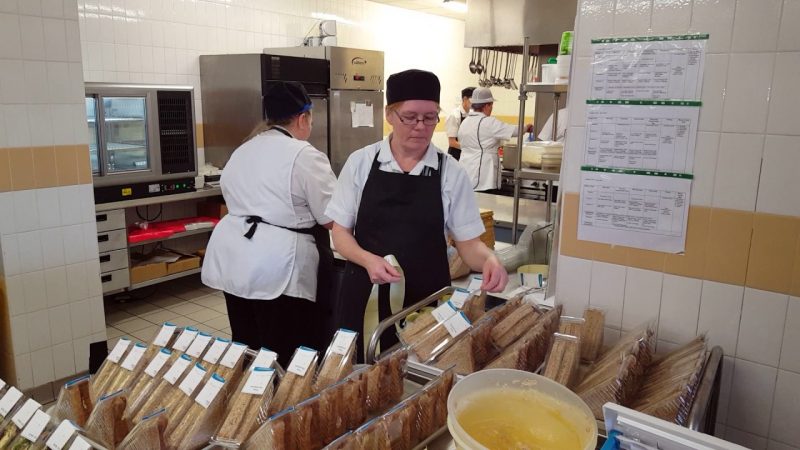 With the cost of living rising, staff who work in schools on low-income jobs are actively seeking better paid work, putting schools in danger of a mass exit of employees.

A report by UNISON, which surveyed 6,398 school support staff in November, reveals that around two in five (42%) of caretakers, cleaners, teaching assistants, and other school support staff, are looking for alternative jobs, due to persistently low pay in education at a time when the cost of living is increasing.

The survey highlights the hardship of many support staff, some of whom are living without heating or hot water due to being unable to afford to repair broken boiler or are relying on food banks for meals.

Nearly all (96%) of the school employees surveyed for the report, say the pay they receive is not enough to accommodate the increasing cost of living. Approximately a third of staff earn between £1,000 and £1,199 a month, while the same amount take home less than £1,000 a month.

71% of the survey participants say they are worried about how to pay their utility and council tax bills. Four in ten have concerns about paying their rent or mortgage.

The release of the report coincides with UNISON’s Star in Our Schools’ annual celebration of school support staff.

Can’t afford to stay in the job they love

UNISON assistant general secretary, Jon Richards, commented: “School support staff are a dedicated workforce who go the extra mile every day and work incredibly hard. Schools couldn’t operate without them. But many have reached a point where they simply can’t afford to stay in the job they love.

“Schools risk an exodus of support staff, as people reluctantly seek better-paid jobs. This is a terrible state of affairs, given the tireless work of support staff throughout the pandemic, ensuring schools remained open and free school meals were still provided.

“But the rising cost of bills, food and travel means many of the stars in our schools risk falling into serious debt or losing their homes. They simply don’t earn enough for the incredible job they do. The government must make extra money available to enable schools to keep the support staff they’re so dependent upon by paying them properly.”

In August 2021, unions rejected the latest pay offer for state sector education support staff. The National Employers side of the National Joint Council (NJC) said it had made its “final” offer on July 27. The offer included a 1.75% rise for the majority of staff, with a 2.75% increase for anyone earning less than £18,198 – Full Time Equivalent FTE – a year.

UNISON, GMB and Unite are urging local government employers to revise the 1.75% pay rise with an increase that will properly and fairly reward council and school support staff. The unions claim that the increase falls significantly short of the 10% they put forward for this year.

UNISON is currently balloting school support staff over potential strike action over the 1.75% pay offer. The union points to the consumer price index rate of inflation currently standing at 4.2%,

According to UNISON, the value of school support staff pay has been declining for more than a decade and, for many, it is no 25% lower than in 2010.

The damning report involving the plight of those in the low-paid school support professions comes as charities warn that in the wake of the Universal Credit cut and the rise on living costs, there will be a dramatic rise in demand for emergency food parcel services.

To help combat poverty in the coming months, the Trussell Trust has launched a ‘Fight Against Hunger this Winter’ campaign. The campaign encourages donors to “help people facing impossible decisions this winter.”

A school support staff shared their own financial worries in the run-up to Christmas:

“I am being more careful with heating and buying food. I have told the children they won’t be getting as much for Christmas this year, as I can’t afford it.”