503 people with links to fossil fuel interests had been accredited for the climate summit. 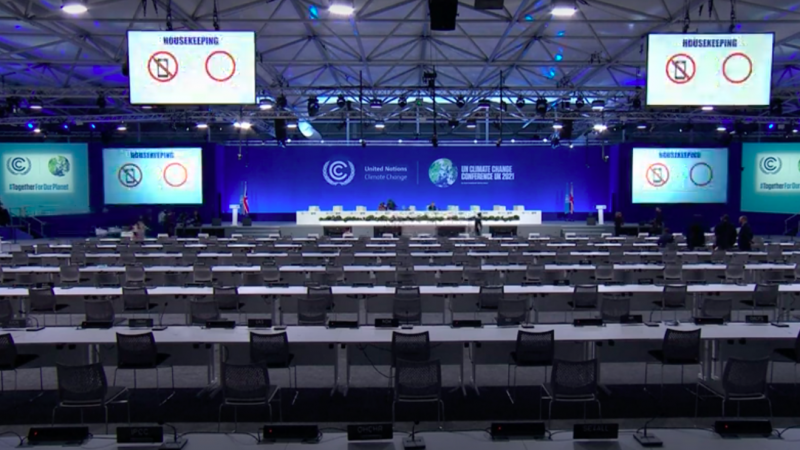 The crucial COP26 climate summit in Glasgow has more delegates associated with the fossil fuel industry than from any single country.

The Global Witness campaign group which shared its analysis with the BBC, says it found that 503 people with links to fossil fuel interests had been accredited for the climate summit.

Murray Worthy from Global Witness told the BBC: “The fossil fuel industry has spent decades denying and delaying real action on the climate crisis, which is why this is such a huge problem.”

According to UN data, Brazil has the largest team of negotiators, with 479 delegates.

Analysis from Global Witness, Corporate Accountability and others also found that the fossil fuel lobby at COP is larger than the combined total of the eight delegations from the countries worst affected by climate change in the past 20 years.

It comes as climate activists warned that the draft COP26 agreement leaves the world ‘miles off’ the targets they need to be, with researchers warning that targets submitted by countries would put the world on track for 2.4°C of warming – well above the 1.5°C aim of the Paris agreement.

A rise of 2.4C would lead to devastation due to worsening heatwaves, floods, drought, storms and sea level rise, an outcome unacceptable for many nations.

“This draft deal is not a plan to solve the climate crisis, it’s an agreement that we’ll all cross our fingers and hope for the best,” said Jennifer Morgan, executive director of Greenpeace International.