The government did not have to hit retirees and the less well-off. Billions could be raised through progressive measures. 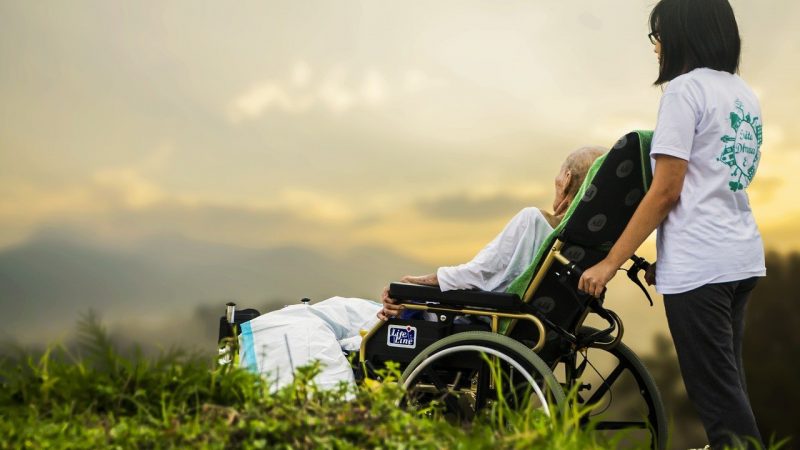 The UK government’s announcement of a new Health and Social Care Levy and reduction in the rate of increase in the state pension is regressive. It fails to address the crisis in social and healthcare and pensions.

Government has not abolished the threshold favouring the rich

Form April 2022, workers will pay an additional 1.25% Health and Social Care Levy, initially through national insurance contributions (NIC). Employers will pay another 1.25%. For the first-time, over a million retirees topping-up their meagre pensions through employment would be forced to pay the 1.25% levy. Currently, NIC is levied at the rate of 12% on earned incomes between £797.01 to £4,189 a month, and only 2% above that. The government has not abolished the threshold favouring the rich.

Currently, dividends are taxed at the rate of 7.5%, 32.5% and 38.1%. The government will levy an additional 1.25% tax on dividends to raise £600m. The rich will still pay less than the marginal rates of income tax on earned incomes which are 20%, 40% and 45%. No NIC is levied on capital gains, dividends and other forms of unearned income.

The above measures are expected to raise £12bn a year or £36bn over the next three years. Of this only £5.4bn will go to social care and remainder to the National Health Service (NHS).

However, this does not deal with the NHS and the social care crisis. Local authorities are responsible for social care and between 2009/10 and 2018/19 their funding from central government has been cut by 38% in real-terms, from £34.6bn to £24.8bn in cash terms. The additional £5.4bn over three years is totally inadequate.

Unlike the NHS, access to social care will continue to be means-tested and individual contribution is capped at £86,000, but it won’t cover living expenses. With median gross household savings of £11,000, it is inevitable that many will have to sell their homes to pay for care and inflict hardship on other members of their families.

In 2010, NHS England had a waiting list of 2.5 million. The Conservative government chose to cut tax rates for corporations and the rich and starved the NHS of funding. Consequently, the waiting list increased to 4.4 million in February 2020, 5.45 million in June 2021 and could rise to 14 million by autumn 2022. The additional funding is far less than needed. The government is silent on when the waiting will be reduced to the 2010 level. There is no additional funding for GPs.

The state pension is a major source of income for many retirees. Since 2011 it has been subject of a triple-lock. Each year, it can increase at the highest of the three rates – the cost of living, the rate of increase in average wages and 2.5%. Despite this, in February 2021, the actual average weekly state pension was in the range of £141.98 and £166.34, which is less than half the statutory minimum wage. Some two million pensioners, mostly women, receive less than £100 a week.

The UK state pension is around 25% of the average earnings, less than half of the EU average and the worst in the industrialised world. Some 2.1 million retirees live in poverty, the largest number since 2012, and due to low wages 5 million Brits face a pension crisis.

Covid presented an unusual opportunity to improve the welfare of retirees. Due to the quirks of the wages data, the triple-lock could have increased pensions by 8%, requiring the government to possibly pay an additional £3bn – £4bn. The government has chosen to suspend the triple-lock for one year and slash the pension rise to 2.5%.

The amount of state pension is determined by NICs which are administered through the National Insurance Fund Account. As of 31 March 2020, it had a surplus of £37bn and additional £3bn-£4bn is easily affordable, but the government has chosen to squeeze retirees.

Money could be raised through progressive measures

Ending the perks of the rich

Indeed, numerous other possibilities exist of raising tax revenues by ending the perks of the rich. However, the government has chosen not to inconvenience the rich and instead hit the less well-off.

Earlier in the year, it froze tax free personal allowances which force the poorest to pay more in income tax. The government’s regressive measures will further deplete household budgets and inflict hardship on millions already suffering never-ending austerity and wage freezes. It has also failed to address the social care, pensions and healthcare crisis.