The Tories are taking an already-illogical crackdown to the next level. 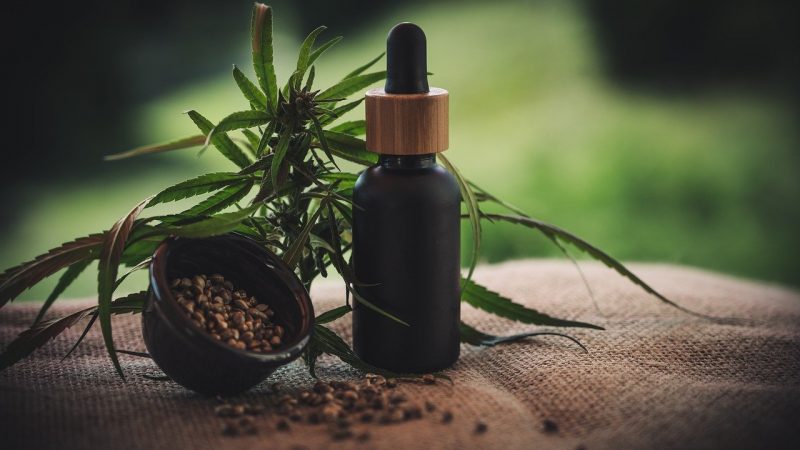 The UK’s CBD market is one of the largest in Europe, with over 1.3m people buying into this £300m industry.

It’s a bigger market than the Vitamin D and C markets combined, for a product – cannabidiol – that is safe, non-psychoactive and non-addictive. And it looks like the government is about to ban its production in the UK.

Harvesting hemp flowers is illegal in the UK. Because of this, all CBD available for purchase here is imported. Any business importing CBD must secure a Schedule 1 Controlled Drug Licence, as cannabis (and therefore hemp) remains firmly on the Home Office’s list of Controlled Substances.

And now, from March 31st 2021, the much-criticised Novel Foods legislation will require any CBD product for consumption here to have a validated dossier with the UK Food Standards Agency.

As stated by the European Industrial Hemp Association (EIHA), “hemp leaves and flowers…are traditional foods and do not fall under the scope of the Novel Food Regulation”. This was confirmed by the EU Standing Committee for Foodstuffs in December 1997. By this logic, CBD products with similar strengths to the natural plant extract of up to 5% should be freely available for consumers and businesses alike.

But the CBD explosion over recent years has led to a cynical response by government bodies to restrict products which help millions of people, including those who suffer from anxiety.

Regulation of the CBD market is not necessarily a bad thing in and of itself. But when this regulation comes at the cost of consumer access and ethical business models, we must ask ourselves who benefits.

With mental illness rising and with support often difficult to access, more people are looking to alternatives to expensive medication with pages of undesirable side effects.

Enter CBD. The human body – like all mammals – is kept in balance by the endocannabinoid system. Cannabinoids are present in many plants, but the greatest number are found in cannabis. Industrial hemp (cannabis sativa) is high in cannabidiol (CBD) and low in THC (tetrahydrocannabinol). With all controlled substances (of which THC – the psychoactive compound in cannabis – is included), the legal limit per product is 1mg.

In January 2021, Kit Malthouse, Minister of State for Crime and Policing, announced that there would be changes to this legislation, changing from setting a maximum total quantity of THC in a product to a percentage. Logical, in that 1mg THC in a 10ml bottle of CBD is a far higher proportion than 1mg THC in a 100L barrel.

However, the proposed changes were not in line with any of the latest research and the ever-mounting evidence supporting natural cannabinoid levels found in the plant.

When we are already talking about such trace levels as to be undetectable by consumers, why such astoundingly low quantities? What does this mean in practice?

When hemp extract is processed from flowers, many plant compounds and phytonutrients remain in the resin. These, along with additional cannabinoids, create what is called the ‘entourage effect’: when you take a naturally-sourced CBD extract, the benefits of all the other plant compounds and their interaction with each other creates a more effective product.

With a THC limit of 0.0001%, using whole plant extract in products will no longer be possible. The CBD must be isolated and removed from all the other plant material – or the CBD must be created synthetically in a lab.

In practice, this means UK CBD legislation is aligning to support the big players with political clout, and crush the independents. Under these new regulations, CBD will only be legally sourced from a small number of big suppliers.

Naturally derived hemp extract is good for the planet and contributes millions to the struggling economy. So what reason is there to prevent its production on UK soil?

The Home Office is responsible for the control of cannabis – despite industrial hemp being a crop with no psychoactive properties – under the catch-all of Drugs and Firearms.

The proposed THC limits for CBD products are not evidence based and are highly destructive for the ethical development of the industrial hemp market.

These regulations are a betrayal of our heritage. They are a continuation of the coordinated demonisation and prohibition of the cannabis plant over the course of the last century.

Stand up for green growth

We’re demanding that Industrial Hemp is removed from the Misuse of Drugs Act so that the whole plant can be freely grown and consumed.

We also demand that the Novel Foods process is reassessed so that at the very minimum, whole plant extracts with natural cannabinoid thresholds can be sold and distributed on the open market.

The Seed Our Future campaign have drafted a letter for concerned CBD users requesting answers regarding the government’s stance.

We have also published our own version of this letter. Please send it to your MP.