The towns that are prospering are those which have become more diverse. 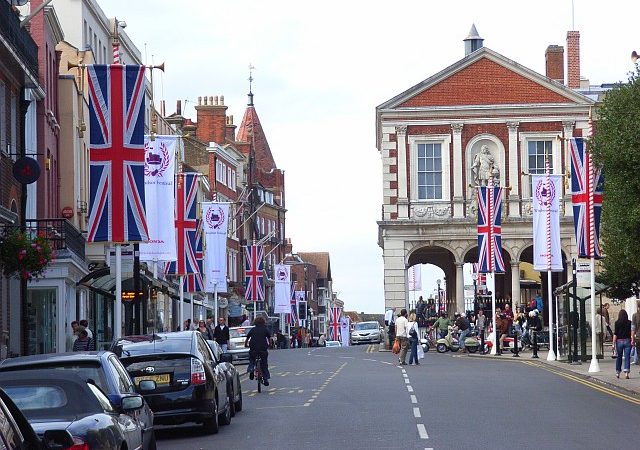 Chris Clarke is a policy researcher at Hope not Hate. He is the author of the report Level Best, and works on the Hopeful Towns programme.

How do prosperity and diversity intersect? This is an important question for an organisation like Hope not Hate. Many racist and anti-migrant narratives rely, after all, on the argument that immigration hampers economic success.

The populist radical right claim that immigration stops Brits from getting jobs and houses, dragging areas down. And more mainstream conservative voices, while sometimes acknowledging that immigration is a net benefit for the UK’s GDP, tend to claim that only prosperous global hubs see the benefits. Or else they imply that immigration to the UK has been of ‘the wrong kind’, and suggest we need ‘skilled’ rather than ‘unskilled’ migrants.

Hope not Hate Charitable Trust’s new report puts paid to many of these ideas. It shows that the relationship between prosperity and diversity is overwhelmingly, a positive one for communities.

This is in the context of the ‘levelling up’ agenda, the government’s flagship idea for tackling regional inequality. To produce the report, we identified five economic metrics to measure ‘levelling up’: growth, house prices, deprivation, employment and pay. The details of ‘levelling up’ haven’t been fleshed out, but it seems that these metrics cover what is meant.

We also identified seven measures of diversity. These were: the number of British nationals; the number of adults born outside the UK; the number of babies born to non-UK born mothers; the proportion of overseas nationals registering for health and social security; the proportion without Anglo-Saxon or Celtic names; and the overall transience of the population. Each of these seven metrics points to a slightly different form of demographic change.

We looked at these figures for all English and Welsh authorities away from big cities – 285 council areas in total. Our rationale for removing big cities was that a central aim of ‘levelling up’ is to redress the ‘agglomeration’ process, whereby large conurbations become more successful and smaller places less so.

Although it’s true that not every major city has thrived in recent years, we felt that once you include very large conurbations, you aren’t necessarily comparing like with like. Socioeconomic challenges in Leicester or Lewisham appear to be distinct from those in the ‘Red Wall’ seats with which the term ‘levelling up’ has become synonymous. (Indeed, 49 of the 53 ‘Red Wall’ seats won by the Tories in 2019 are in the 285 local authorities covered by this research).

Having identified this list of places, we looked at changes to prosperity and diversity in each one, during the 2010s. The start and finish dates varied slightly, depending on data availability. But most spanned an eight or nine year period starting in 2011 – when the last recession was at its nadir. This was a timescale when some places did significantly better than others at recovering.

We then compared the five economic measures with the seven diversity metrics, to look for patterns.

Many of the relationships in the data were stark. For example, GDP per head increased by an average of £6,312 in the 2010s, in the 83 authorities where the non-UK born population rose by more than 3 percentage points. But it went up by just £4,457, on average, in the 79 local authorities where the non-UK born population fell. Similar patterns applied to employment, pay, deprivation and property prices.

It is true that many of the places with rising prosperity and diversity were well-connected (e.g. Milton Keynes) or have cultural and economic assets which make it easier to attract people (e.g. Warwick). But in a way this is precisely the point. The aim of ‘levelling up’, after all, is to stimulate similar economic cycles in other areas, through infrastructure or enterprise.

A well-known statistical mantra is that ‘correlation is not causation’. And it’s true that these figures don’t necessarily mean migration is always a catalyst for growth. But the consistency of the parallels implies that, at very least, inflows of new residents have not prevented towns from succeeding. They also tell us that increases in diversity have occurred in areas doing well – that they’re a mark of success not failure. And they suggest, above all, that demographic changes are part and parcel of areas thriving.

When you think about it, all of this makes perfect sense. People move to areas where there are jobs and opportunities. If the economy ‘levels up’ and poorer authorities become better off, diversity will inevitably rise in these places too.

Rather than using ‘lump of labour’ rhetoric which implies that immigration is a problem, the government should focus on cohesion and community resilience in the towns they hope to ‘level up’ – so that the changes that are likely to take place are properly managed.