Without US and UK support, the war on Yemen would end tommorow. 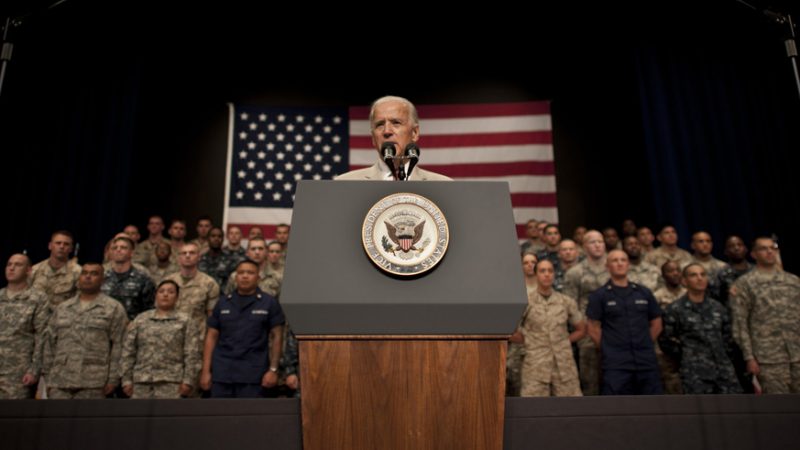 Andrew Smith is a spokesperson for Campaign Against Arms Trade

It is a lucrative time to be a pro-Saudi lobbyist in Washington. This week Foreign Policy revealed that the Saudi Royal Family has hired at least 16 firms to do it’s bidding since the brural murder of Jamal Khashoggi just over two years ago.

Some of them have been hired to mitigate the geopolitical impact of the murder itself, while others have been hired to sanitise the regime’s appalling treatment of women or to whitewash the abuses carried out by Saudi-led forces in Yemen.

The lobbyists will be working overtime just now. Throughout his Presidential campaign, Joe Biden made it clear that he would be following a different strategy from that of his predecessor.

Branding the Saudi leadership a “pariah” Biden used one leadership debate to promise an end to US support for the war in Yemen and to “end the sale of material to the Saudis where they’re going in and murdering children.”

He took what could be a first major step in that direction this week, when his administration halted the sale of bombs to Saudi forces, as well as fighter jets to the United Arab Emirates. The deals are under review rather than cancelled, but Raytheon, which produces the bombs in question, has already told investors that they expect the $500 million bomb deal to be cancelled.

Having spent 40 years in Washington, including eight as Vice President, Joe Biden will be no stranger to Saudi royalty. He is not a particularly radical politician by any measure, and had a close-knit relationship with them during his previous tenure in the White House.

In 2010 the Obama administration authorised $60 billion worth of arms sales to Saudi forces, including many that will have been used in Yemen. In 2011, Biden led a delegation to Saudi to commemorate the death of the then Crown Prince Sultan bin Abdulaziz Al-Saud. A White House official branded the visit “a symbol of the importance we place on our enduring and strategic partnership with Saudi Arabia and on our friendship with Crown Prince Sultan.”

He is also no stranger to the arms industry and historically has tended to vote in support of military interventions, including the devastating war in Iraq.

His pick for Defence Secretary, Lloyd Austin, sat on the board of Raytheon until his appointment. He has filled his cabinet team with advisors to the Obama administration, which oversaw record arms sales and military interventions in at least seven different countries. He is unlikely to instigate any significant cuts to the military budget, with Raytheon’s CEO, Gregory Hayes, describing the idea as “ridiculous.”

If anything, the fact that a President with Biden’s outlook and background is taking such a stand is a measure of the strength of public opinion and of how far views have shifted in Washington.

There is no doubt that an end to military support Saudi forces would receive fierce opposition from the war lobby. The Saudi military is the world’s largest buyer of US-made arms. The Stockholm International Peace Research Institute estimates that the US accounts for three quarters of the volume of all arms exports to the Kingdom since the bombing of Yemen began in 2015.

The bombardment is only possible because of the arms sales that have enabled it. According to Bruce Riedel of the Brookings Institute think tank, without these arms the war “would end tomorrow” as the Royal Saudi Air Force “cannot operate without American and British support.”

The sales include complex weapon systems and fighter jets. These arms, and their maintenance, are the result of years of military cooperation and diplomacy, so they could not simply be sourced from elsewhere.

This week’s announcement turns the spotlight on to other arms dealing governments like the UK, which has played a similarly complicit role. Since the bombing began in 2015, the UK has licensed at least £5.4 billion worth of fighter jets, bombs and missiles. However, this total does not include the costs of maintenance or weapons sold under the opaque and secretive licensing system. The real total is likely to be three times higher.

The end of the war cannot come soon enough. The impact has been devastating. Tens of thousands of people have been killed, with the conflict creating the worst humanitarian crisis in the world. The lobbyists will be doing their best to force a u-turn, but if even the US government, the biggest arms dealer in the world, is prepared to take a stand, then it is long past time for Boris Johnson and his colleagues to do the same and to end their complicity in the crisis.