Are they having an LED lightbulb moment? 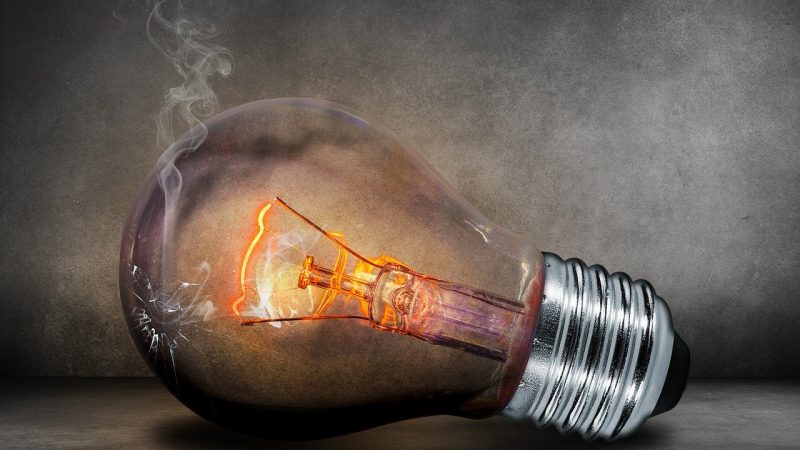 Remember the endless stories over the past decade about EU rules on energy efficiency that would “destroy the British way of life”. It was a tabloid favourite.

British floors would be forever layered with food without 2,000-watt vacuum cleaners. Our marmalade would be spread on soggy, white or somehow or other inadequate toast without a huge blast of heat. We would all be breaking our necks on the stairs without incandescent lighting burning up the planet while showing us the way.

A particular highlight for me was getting to appear on The Daily Politics with Conservative MP Peter Bone, in a very small studio, in front of a picture of a toilet, in order to debunk claims that the EU was destroying the Great British Flush. (In fact, it was just offering the chance for manufacturers to use an ecolabelling scheme, if they chose.)

I was wondering yesterday in a debate in the House of Lords on a statutory instrument on ecodesign and energy labelling, whether some of the journalists who were writing and producing that guff then, and some Conservative politicians like our Prime Minister, might like to recant now. (I won’t be holding my breath.)

There we were with the Business, Energy and Industrial Strategy Minister Lord celebrating the impact of those European regulations: “In 2020, these policies will save households approximately £100 on their annual energy bills, and lead to greenhouse gas emissions savings of 8 million tonnes of CO2, while also driving innovation and competitiveness among businesses.”

The Government is due to report soon on a consultation on higher energy standards, saying it wants to improve on EU levels. I can only applaud that. The cleanest, greenest, cheapest energy you can have is the energy you do not need to use – and our appliances and devices still use far more than they need.

The EU’s headline energy efficiency target for appliances for 2030 is at least 32.5%. I asked yesterday what the Government was aiming for to improve on that, but didn’t get an answer.

The consultation also refers to the possibility of appliances being part of a smart grid. Your freezer might store electricity, in the form of extra ‘cold’, when there’s a lot of it around, then not need to draw on the power when it is scarcer.

This is a very important advance towards an entire rethinking of the energy system relying on renewables and storage.

There is also talk of displaying lifetime energy costs at the point of purchase for a product, plus additional information on the cost of running it and, importantly, how easily it can be repaired, reused and recycled, and how durable it is.

I was preceded in the debate by a Conservative peer, Lord Moynihan, a former Energy Minister, talking circular economy. Again, it was notable how the party’s tune has changed. He said: “There has been a great deal of talk about environmental product development but, in many cases, too little change in practice. To remedy this, we will need to address the definition of each phase of a product lifespan from not just the producer’s perspective but the user’s.”

I picked that point up in referring to the Manchester declaration (backed by the Green Party), also known as the “right to repair”. That doesn’t just mean labels for consumers rating repairability, it means ensuring no product is sold unless it can be fixed, ideally at home or in a repair cafe, with the parts available when needed and the documentation available to assist the repairer.

It’s worth reflecting back on how much the debate has changed not to say “we told you so”. There’s little to be gained in politics from pointing out you were right, even when it happens again and again.

But it is worth pointing out how much the rhetoric has changed, how far attitudes to the environment have moved. There’s no doubt future humans will look at the whole concept of planned obsolescence, and wonder just how ignorant and unthinking their ancestors were.

Campaigning sometimes feels like a thankless task. You keep beating your head against the brick wall of massive corporate financial interests, of mindless media band-wagoning and government indifference and incompetence.

But real political change happens in big jumps. We’re not yet a fraction of the way along the transformational change to our society that is needed if we’re to live within the physical limits of this one fragile planet. But the rhetoric, and some of the attitudes, are heading in the right direction.

We can’t however let those who did the damage keep dragging their feet as they gesture towards fixing it.

The wrong people seldom do the right things – in politics, in the media, or in business. The models have to change, and so do the people at the top and the institutions that decide our future.