The party could become more reliant on wealthy donors as a result of the decision from its biggest financial backer. 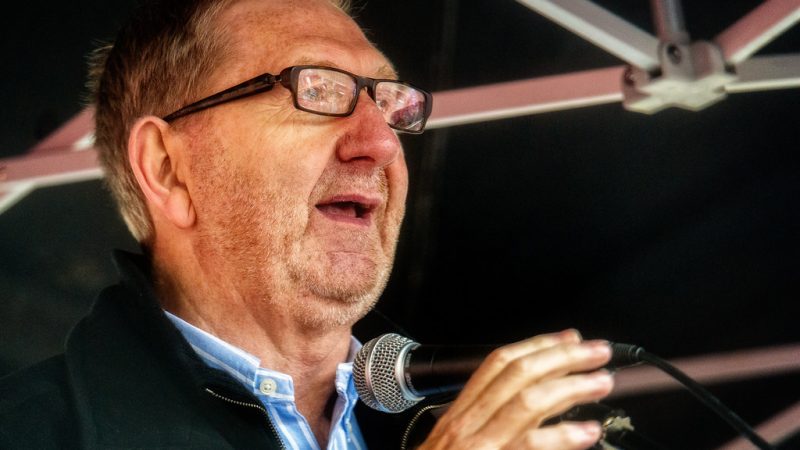 Labour says it will draw on ‘various models’ of fundraising to replace a major hole left by a cut in funding from the trade union Unite.

Unite, which represents around a million workers in the UK, is Labour’s largest donor and gives around £1.5m a year to the party in affiliation fees. A Unite source confirmed to LFF the 10% cut would amount to around £150,000-£160,000 a year in lost Labour cash.

The cut will come through Unite reducing the number of members it formally affiliates to the party. Each member who is opted-in gives £3 a year to Labour.

Announcing the union’s decision, which Unite says will see funding ‘switch to other parts of the labour movement’, the Unite general secretary Len McCluskey said the union will remain the biggest affiliate to the Labour party: “But we also want to use our political funding to support and nurture the newer voices in our movement. There are some very talented thinkers and energetic organisations out there who could do with our assistance – and the Labour party needs their enthusiasm and ideas too.”

Speaking to journalists, Keir Starmer’s spokesperson gave a measured reaction to the funding cut: “That was the decision of Unite, we’ve acknowledged that decision.”

Asked by Left Foot Forward whether Labour will rely more on wealthy donors to replace the shortfall, Starmer’s spokesman said: “Labour has a long history of raising money through its members, trade unions and individual supporters. We’ll continue doing that.”

He added that the party will look at every option for fundraising: “Even before Unite’s decision we were looking at how to raise funds in 2024” through “various different models,” with online crowdfunding platforms potentially among them.

The decision taken by the union’s governing body, its Executive Council, will see Unite’s affiliated members drop by 50,000 members.

The funding cut follows left-wingers’ anger over Labour apologising “unreservedly” in July to ex-staffers who spoke up about alleged anti-Semitism highlighted in a BBC Panorama documentary. The party recently agreed to pay “substantial damages” following comments against the whistle-blowers made under Corbyn’s leadership. The damages are believed to have cost the party between £600,000 and £750,000, LabourList reported.

A Unite spokesperson said there was ‘no real detail yet’ on where the redeployed money will go, but that ‘requests for funding will need to be considered and agreed by our Exex council’. The money could go to Unite-backed Labour candidates, rather than to Labour HQ.

In a statement, McCluskey said: “This move will support the collective voice from the shop floor to the grassroots, helping to ensure that the party listens to and genuinely reflects the aspirations of the many for a Labour party and Labour movement that will truly deliver on our shared vision and values.

“Unite stands committed to transforming our country into a better place for working people so it is vital Labour remains the party of change and ideas, of redistribution and fairness.”

In a recent BBC interview, Labour MP Ben Bradshaw claimed: “Few people have done more to keep the Tories in power for the last 10 years than Len McCluskey….[Starmer] would probably welcome a bit of distance” between him and Unite.

Unite was a key backer of Jeremy Corbyn under his leadership, and backed left-winger Rebecca Long-Bailey MP in the recent leadership election.

Update: This post was updated on 7th October to note that the £1.5m a year figure is Unite affiliation fees. Unite gives additional donations on top of affiliation fees through the political fund. The union has given Labour around £7m in total since January 2019.