This is about to become a UK-wide crisis, writes Andrew Smith. 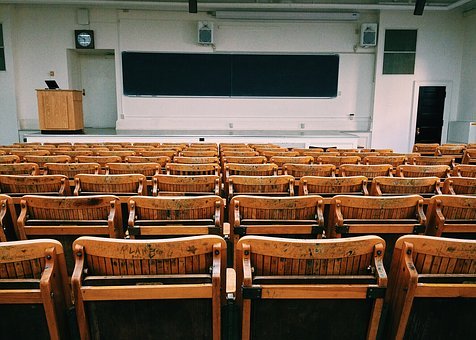 Last week must have been a strange one for Scotland’s 250,000 students. It began with welcomes, inductions, and classes, and ended with them being told not to return home and to stay away from every pub, restaurant, and coffee shop in the country.

Using a ‘Yellow Card/Red Card’ approach, Universities Scotland, which represents Scottish institutions, warned of “disciplinary action including potential discontinuation of study” for any students that were caught breaking the rules.

The decision followed a series of lockdowns across student halls, with known COVID clusters impacting students in Glasgow, Aberdeen, Edinburgh, St Andrew’s, and Dundee. It’s a changing picture, but, at the time of writing, Glasgow University appears to have been worst hit, with 172 cases identified among students by Sunday.

Things did not exactly go to plan. This weekend saw police called to break-up parties at halls in Edinburgh, while hundreds of students left accommodation and returned to family homes across the country.

This was an entirely predictable problem. Student accommodation is uniquely badly designed for a pandemic, with students living in tightly packed buildings and sharing kitchens, living spaces and bathrooms. The outbreaks should not have been a surprise to anyone remotely sensible.

So, if it was so glaringly obvious, why did so many students head to campuses in the first place?

A large part of the reason is because they were told to. Many universities are looking to do a slow and gradual return to the classroom, but that is not what students were told.

If we take St Andrews for example, only 10% of classes will be face-to-face for the first two academic weeks, with a phased return to classes starting from week three. Likewise, Edinburgh Napier University campus is operating at 30% of normal capacity, but, with 125 identified cases among Napier students, this feels likely to decrease even further.

In Glasgow some students arrived only to be told their classes will be online for the rest of the year. Unfortunately, by the time they were told this many had booked transport and signed leases for expensive accommodation.

Universities Scotland and the Scottish Government are urging students to stay on campus where possible, but it feels like, for this semester at least, the prudent thing would be for online learning to be the default where possible rather than being offered as an alternative.

At the same time, an apology and full refund should be given to all students that have travelled to move to student accommodation needlessly. This point will no doubt be fought tooth and nail, but, with Stirling for example charging students up to £7,000 per year for halls, it is hard to escape the conclusion that accommodation fees have been a factor in influencing policy.

The thought of universities and students arguing over unpaid hall fees is unedifying, but, with 27,000 students using university accommodation across the country, it feels extremely likely we will see it in the weeks and months ahead.

With Scottish students thankfully not paying fees, an even bigger financial factor will be the impact of any reduction in international students. In 2015/16, international students paid around £950 million in fees to study here, with some paying up to £47,200 per year depending on their course. The average annual fee for a non-EU domiciled student in Scotland that year was £16,290, a huge boost for underfunded university coffers, and roughly £2000 more than the UK. Many of these students will be using halls and any shortfall in their numbers could have a huge impact.

Watching the controversy unfolding, I am reminded of a conversation I once had with a faculty Dean at one of Scotland’s leading universities. “We’re planning to treble the fees next year” he told me, with his department moving from charging £5000 to £15,000. “Nobody wants to buy the cheap beans” he said while explaining that the student offer wasn’t going to be changing, but it would make the courses he oversaw “appear more prestigious.”

However, the blame cannot be limited to the institutions themselves. The pivot towards marketisation, international fees and inflated accommodation costs has been a long time coming. In a sector where standing still will result in increased costs, Higher Education has faced budget cuts that have made it far harder to operate.

According to Universities Scotland, Scottish institutions have had a £400 million budget cut from government between 2014-2019. Whatever the outcome to the current debacle, universities cannot be left to pick-up the shortfall, as that can only result in stretched budgets and ultimately cuts.

With universities across England going back and finding the same predictable problems, this is set to become a UK-wide problem.

Like the exam fiasco from earlier this summer, it is one that was totally predictable, and one that must raise questions about the structures and future of education.