Tens of thousands could be made homeless if the government ends the evictions ban. 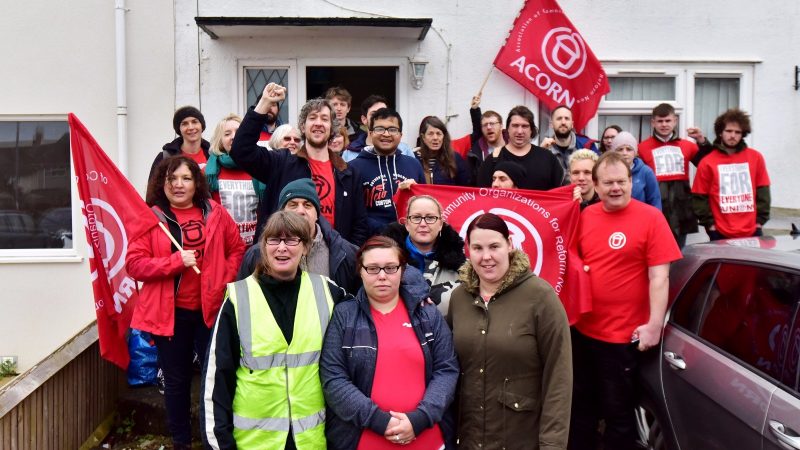 Nearly a quarter of a million renters have fallen into rent arrears since the start of the pandemic according to research by YouGov on behalf of the housing charity Shelter. This increase takes the total number of private tenants in arrears up to a reported 442,000 – double the figure for the same period last year.

Under current housing regulations, tenants can be evicted through Section 8 procedures if they are in eight weeks of rent arrears. The threat of Section 21 ‘no fault’ evictions is also a lingering concern for tenants and housing campaigners, despite a repeated promise to scrap this legislation in the 2019 Conservative Party manifesto.

With the Coronavirus eviction ban set to be lifted on 23 August, court proceedings to legally evict tenants are about to restart across England and Wales. In Scotland, First Minister Nicola Sturgeon has extended the eviction ban until at least March 2021. The former shadow chancellor John McDonnell has called for a prolongation of the ban for a whole year. These calls for urgent action have been repeatedly ignored by the government, and the Labour opposition has also been largely weak on the evictions issue until this week.

As things stand, housing activists expect that the responsibility to keep tenants safe in their homes next month will fall to us. At the community union ACORN we have begun steeling ourselves for the end of the eviction ban by training members in tried and tested eviction resistance procedures and practice.

We have established seven new ACORN city groups during the lockdown period, and membership growth has reached as high as double our average pre-Coronavirus monthly recruitment figures. Some of this is from tenants fearing the worst; others are those pitching in with us to confront this issue head-on. All our branches are now preparing for an onslaught of eviction cases from 23 August onwards, unless there is a last-minute government U-turn to prevent a steep rise in evictions and homelessness.

Eviction cases have already started to occur, with ACORN Bristol recently taking action to protect fellow members who were being illegally evicted. Members arrived at the house at 8am and ran an around-the-clock and socially-distanced guard of the house to ensure the landlord would be unable to enter. The action successfully halted the eviction and won £4000 of compensation for the tenants.

In preparation for further action, ACORN have been asking supporters to join our ‘community protection teams’. These groups are a repurposing of the networks established to provide support for self-isolating and vulnerable people at the start of the crisis. Transforming these already organised groups into teams to combat evictions is the next logical step for us as we continue to respond to the changing needs of our communities during the pandemic.

While I found it inspiring to see the rapid emergence of mutual aid groups across the country when the lockdown measures were announced, short-term assistance was never going to go far enough. I believe that now is the time for us to organise seriously, with hard work and solid structures, to keep our neighbours in their homes.

The government position to not extend the ban beyond 23 August has also been criticised by public health professionals. An open letter to Robert Jenrick signed by signatories from the British Medical Association and the Royal College of GPs, as well as by ACORN, noted that an increase in evictions would ‘significantly contribute to an increase of Covid-19 infections’.

It is nonsensical for the government to continue with reckless plans to lift the ban on Sunday 23 August in the midst of reported increases in cases of the virus. Safe and secure housing is a vital component of public health, now more than ever.

Michael Scarborough is a Regional Director of ACORN in Yorkshire and Humber.