He took a pre-emptive strike at Labour. 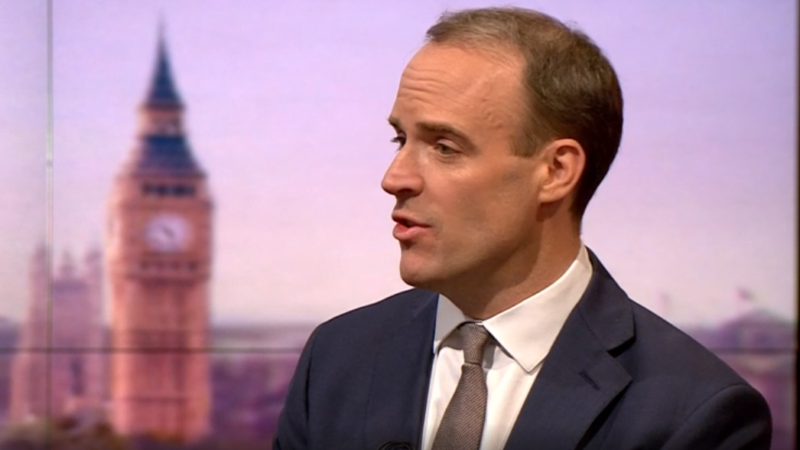 The ‘Russia report’ into alleged Russian interference in the Brexit referendum and 2017 election was ready to be published last Autumn.

It was delayed by government, then by the election and then apparently by security vetting procedures for the new Intelligence and Security Committee (ISC).

Today though, the ISC was finally formed with the independent-minded Julian Lewis as its head – rather than the government puppet Chris Grayling.

With its new chair in place, the ISC duly announced it would release the report before parliament broke up for the summer, finally revealing how the Russian state tried to influence those two elections.

What a coincidence then that this is the day Dominic Raab chose to claim that Russia intervened in the 2019 election – on the side of Corbyn’s Labour.

It’s been 217 days since that election. Raab could have made this claim on any one of those days. Yet this was the one he went for.

Given the timing, it looks very much like a pre-emptive strike and an attempt to muddy the waters with a ‘both sides’ narrative.

It looks all the more like that because of the flimsy evidence Raab relies on. In fact, he does not provide his evidence at all.

In a written statement, he said: “On the basis of extensive analysis, the government has concluded that it is almost certain that Russian actors sought to interfere in the 2019 general election through the online amplification of illicitly acquired and leaked government documents.”

The words “extensive analysis” are doing a lot of heavy lifting there. What was the analysis? Who did it? What did it reveal? When did it reveal it?

Even the claim is relatively weak. In the US, the allegations of Russian interference in the 2016 election include hacking of private emails, interference in voter registration systems and money funnelled to Trump.

Raab’s claim is far more banal. He just says there was “online amplification”. He doesn’t explain what that means – but it sounds like Russians tweeting and trying to draw attention to documents which were already in the public domain.

Raab attempts to sex up his claim by using words like “ilicitly acquired” and “leaked”. And in the context of the Russian state, these words sound dramatic and scary.

But Raab makes no claim that Russia had anything to do with the acquiring or leaking of these documents. The Guardian says it is believed a government official was responsible.

For Raab to come out with these vague accusations on this of all days suggests the government are worried about what is in the Russia report. We’ll find out what this by next Wednesday.