If they have to quarantine, they should get full pay. 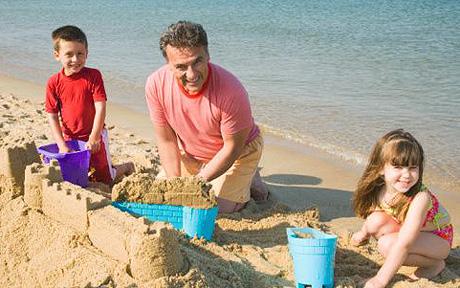 With 1.8 million Brits due to visit to Spain this summer confusion among holidaymakers and the striken airline and travel industries reigns following the Government’s quarantine announcement.

The Government announced it was ‘standing firm’ after another badly handled ‘on the hoof’ announcement.

People heading to Spain or already in their resorts say they face a difficult decision of cancelling long booked family holidays or face making requests for two weeks off to go into quarantine from their employers. Many said they are worried about losing two weeks pay or even facing more problems at work.

The Foreign Secretary Dominic Raab didn’t seem to know current UK employment law saying the government expected “employers show those employees, who will have to quarantine because of the law, the flexibility they need. If someone is following the law in relation to quarantine and self-isolating the way they should, they can’t have penalties taken against them.”

But the TUC’s Frances O’Grady said it was “not holidaymakers’ fault that the guidance has changed”. She said: “Wherever possible, employers should do the right thing and pay quarantined workers their full pay.

The government must also make it clear that people who can’t work from home during quarantine will be eligible for statutory sick pay. And they should increase sick pay from £95 a week to at least the level of the real living wage of £320 a week.

“In addition, ministers should change the law to stop employers from sacking quarantined workers.” Former Tory government minister Michael Portillo took to the airwaves to slam the Government saying the government’s blanket ban on travel to Spain “looks like а deliberаte аttempt to wreck the recovery, not only of this country, but of Europe.”