It's not the first time he's been accused of spreading misinformation. 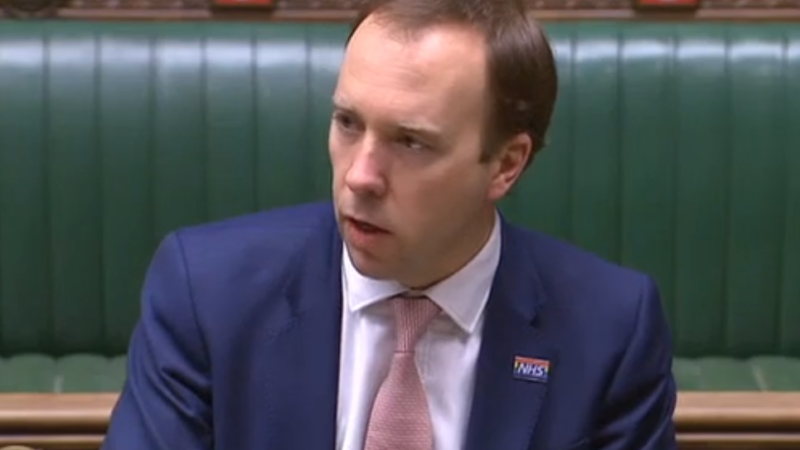 Health Secreatry Matt Hancock was wrong to tell parliament that a poll showed most people in the Isle of Wight want to download a coronavirus tracing app.

Hancock told Parliament: “According to a very early poll, 80% of people on the Isle of Wight want to download [the app]”.

Independent fact-checking organisation Full Fact said this was false. “Hancock’s claim is based on a Facebook poll done by a local radio station on the island, and is not representative of the island’s residents,” it said.

The fact-checkers added: “The problem with this is we don’t know to what extent this figure represents the actual views of residents of the Isle of Wight.”

Hancock and his team have a history of inaccuracies. In the 2019 election, his aides briefed journalists that one of his advisers had been “punched in the face”. A video of the incident later showed that this was a lie and that there was no violence.

During the coronavirus crisis, Hancock repeatedly claimed that one billion items of PPE had been delivered. Panorama discovered this figure included items like paper towels, detergent and waste bags. Also, half the items were gloves and these had been counted per glove rather than per pair.

Later, Hancock claimed to have met his target of completing 100,000 tests in a day. The Health Service Journal revealed this figure included tests posted to testing centres as well as completed tests.

Hancock has also claimed the UK is a member of the EU’s ventilator procurement scheme and that there was no ‘political’ decision not to join the scheme. An EU spokesperson said the UK was not a member and the Foreign Office’s top civil servant Simon Mcdonald said there was a political decision not to take part.