We need to make the healthiest choice the easiest choice. 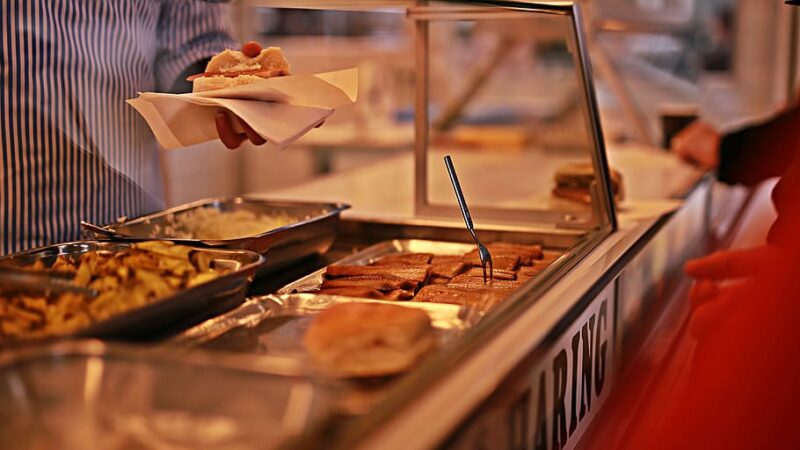 During the Conservative Leadership campaign, Boris Johnson was keen to assert his ‘freedom loving’ credentials and promised a review into what were described as ‘sin stealth taxes’. However, his personal experience with Covid-19, appears to have given the Prime Minister a new perspective.

Earlier today, headlines declared that Johnson was prepared to launch a war against obesity. His scepticism of the ‘Nanny State’ now seemingly diminished in the face of the greatest public health threat of our time.

Certainly, emerging evidence seems to suggest a relationship between obesity and worse health outcomes from Covid-19. Recent research even suggests that a quarter of those who have tragically died from Covid-19 had diabetes. This grim pandemic is highlighting how multiple health conditions exacerbate one another.

Obesity is not a new public health issue though. In all four countries of the UK, well over half the population is either overweight or obese. Between 1993 and 2017, the adult obesity rate in England almost doubled.

This has a huge impact on personal health and wellbeing, intensifying the risk of diabetes, high-blood pressure, heart disease and certain types of cancer. This also generates substantial financial costs. But more importantly, it means that many more people will spend a greater portion of their life in poor health.

The responsibility for solving the crisis has typically been placed on the individual with leaders, including the prime minister, calling on people to make the right personal choices.

However, this approach is in stark contrast to other public health dilemmas. For instance, the co-ordinated government strategy to reduce smoking, which involved indoor bans, high taxes and plain packaging, and is seen by many as being highly successful. Yet there has been little appetite to be so firm in tackling obesity.

In 2018, while outlining his vision for prevention, the Health Secretary, Matt Hancock stated he wanted to “see people taking greater personal responsibility for managing their own health” which re-enforced the narrative that the onus remained primarily on the individual.

This ignores the reality that personal choice reflects personal circumstance.

The social, economic, and commercial environment in which we live, shapes and guides our decisions. There is a reason why junk food companies allegedly spend £143 million a year on advertising. There is a reason that there are five times more fast food outlets in deprived areas compared to the most affluent. There is a reason why you cannot go to the checkout at your local supermarket without walking past a large aisle of assorted sweets and chocolates.

We live in a commercial environment where harmful food products surround us. It does not take a lot to consume a few extra calories a day, but over the months and years, this has all contributed to an obesity epidemic.

As the Institute for Public Policy Research (IPPR) called for last year, we need to end this blame game where we look to shame individuals. We should never judge people if they choose to eat unhealthy food that is made to be the easy and often only choice.We do not know their situation, whether they are stressed, whether they have little time, whether they are exhausted from work.

We need to do better and create a healthier environment which means improving social conditions, reducing poverty, and addressing the huge power imbalance between the average person and those who sell and market the foods we eat. There needs to be an environment where the healthiest choice is the easiest choice.

At IPPR, we have put forward a series of bold recommendations for the government to consider. A key one was to impose a supermarket levy and use the proceeds to invest in community activities where families and households can come together and learn about nutrition, how to cook and to support one another.

When Covid-19 is just a bad memory, ensuring that we maintain the community spirit that so many have demonstrated in abundance and committing to building a healthier nation would be a fitting response.

The Prime Minister has given us a warm signal today that he is willing to chart a new path for public health. If he is to follow through and turn his words into actions, it will involve a firm commitment to addressing those underlying social conditions which have contributed to our ever-increasing obesity crisis.

Dean Hochlaf is a Researcher at IPPR

One Response to “Boris Johnson should declare war on obesity”