Covid-19 is reminding us that corporations in the food retail sector are getting rich for the privilege of slowly killing us. 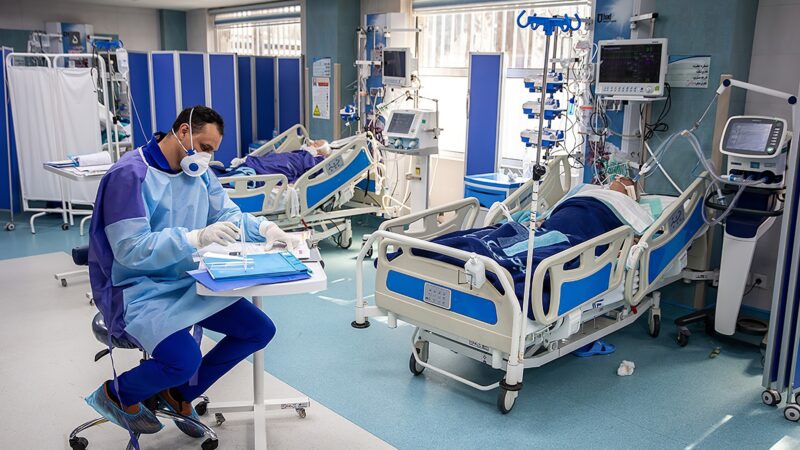 It leads to 20% of preventable deaths around the world – and kills more people every year than tobacco and alcohol use combined. The dietary risks of poor diet are deadly. And they are being exacerbated in this current crisis.

One study of Covid-19 fatalities found that the three most common underlying health conditions were: hypertension, Type 2 diabetes, and heart disease.

Another found that patients with heart disease and diabetes had death rates of 10% and 7% respectively, compared to less than 1% for those with no underlying health conditions. All are worsened by poor diet.

Poor diet and its related chronic diseases are not the result of individual moral failure – they are driven by a commercial environment that overwhelmingly produces unhealthy products.

Unregulated markets in food tend towards the production of convenient, chemically delicious and highly profitable ultra-processed foods. These goods have cheap inputs, exploiting complex global supply chains of miraculously pliable ingredients like palm oil, while their packaged outputs have long shelf-lives which allow them to be distributed around the world at low costs.

These foods account for over 50% of family food purchases in Britain, according to one study. They are typically calorie-dense and the way they are digested has been proven to lead to overeating: it does not result in  the normal release of the appetite-suppressing hormones that tell our bodies that we are satiated.

Our health is paying the price. In the UK, 4.6 million people live with diabetes and are therefore at increased risk from Covid-19, as they were with SARS, H1N1 and other viruses before them. Driven by increasing dietary risks, the number of annual diagnoses of type 2 diabetes has doubled in the past 20 years. Diabetes treatment now accounts for 9% of the annual NHS budget.

The high profits of the corporate food sector have facilitated aggressive market concentration. A handful of companies including Mars, Danone, Unilever, Nestle and Coca Cola control most large food brands in the world. This enormous market power enables ‘Big Food’ to invest billions on sophisticated marketing campaigns that often use bright colours and animal mascots to entice children into life-long habits.

Coca-Cola’s marketing budget is $5.8 billion – significantly more than the World Health Organisation’s global budget of $4.4 billion. In the UK, the junk-food industry spends around 30 times as much money on marketing as the UK government spends on promoting healthy eating. Is it fair to expect people to make the healthy choice when the odds are so stacked against them?

The dietary risks caused by this system are unevenly distributed. More than a million people in the UK live in food ‘deserts’, serviced by expensive corner shops with limited options and a disproportionate amount of junk-food marketing.

The money, time and energy to plan and produce healthy meals is simply out of reach for many people. On average the poorest 20% of households in the UK would need to spend 42% of their income after rent to eat a diet that meets government recommendations. For people who are cash and time poor, cheap, ready-to-eat, energy-dense processed foods are the obvious option.

Health inequalities are fundamentally driven by a segregation in services and opportunities to lead healthy lives. The most deprived councils in the UK have up to five times more fast- food outlets, far fewer gyms and have suffered much heavier cuts to health services than affluent councils. The results are devastating. People living in the most deprived parts of the UK on average live 19 fewer healthy years than people living in least deprived areas.

These health inequalities are being brought into sharp relief by Covid-19. In England the mortality rate in March and early April was more than double –  118% times higher – in deprived areas than in wealthy areas.

According to Professor Anton Emmanuel, a Consultant Gastroenterologist at University College Hospital who has been working the Covid-19 wards, “it is very likely that the massive disparity in racial impacts of the disease, as well as class-wealth aspects, are correlated to diet availability.”

Big Food has worked hard to cover up its harms to society – peddling misinformation and lobbying for minimal intervention. Multinationals have helped develop, and now benefit from, a neoliberal model of governance that deflects moral and fiscal responsibility onto individuals.

Current policy-making approaches such as the sugar tax allow corporations to shift the price increase onto consumers. A fairer way to increase the cost of junk food would be to make these companies pay their staff a living wage, pay their suppliers a fair price and pay their corporation tax – McDonalds avoided over  €1 billion in corporate taxes in Europe  between 2009 and 2013.

Our food system is rigged, and it is killing people – it has to radically change. As Dean Hochlaf, a researcher at IPPR put it to me: “We need to talk about how we shape our environment and our culture in a way that encourages healthy behaviours – so that the healthy choice becomes the easiest choice.”

A good place to start would be radically curbing the marketing power of Big Food with plain packaging on unhealthy snacks.

To avoid regressive measures that burden the poor the most, the relative cost of junk food needs to change, by increasing the availability of healthy options. For example, IPPR suggests that the 4.5 million tonnes of fresh produce that goes to waste every year for cosmetic reasons could be distributed to vulnerable families for free.

The UK has one of the highest soft-drink consumption rates in the world, which is unsurprising when you learn that cities the size of Manchester do not have a single council-run drinking fountain. Taxes on soft-drink company profits should be used to build water fountains in every park in Britain.

The devastating impact of Covid-19 in the UK has been driven by government negligence and incompetence – that negligence, however, extends far beyond their underfunding of the NHS and the immediate mishandling of this crisis.

For the past 50 years corporate profits in the food retail sector have soared and our collective well-being has paid the price. The impact of Covid-19 is demonstrating that to build a just society we need a holistic understanding of public health that addresses the systemic vulnerabilities caused by poor diet and other environmental inequalities.

Marco Tenconi is a writer and environmental activist.