Yemen's health system has been destoryed by UK-made arms. 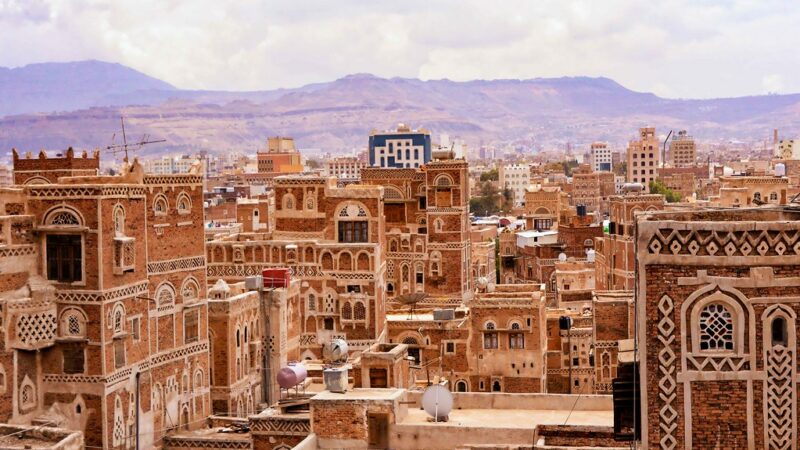 Millions of people across the world are worried and concerned about food security and the state of their health infrastructure and ability to cope with the extra demand brought on by the COVID-19 crisis.

However, for all of the rhetoric about the virus being an “equaliser” there is no doubt that some systems are starting from a more vulnerable position than others.

This past weekend saw the first confirmed case of COVID-19 in Yemen. Over the last five years, Yemen has endured a brutal civil war, and a terrible Saudi-led bombardment.

The conflict has created the worst humanitarian crisis in the world, with 100,000 people dying as a result. With the healthcare system on the verge of collapse, the World Health Oranisation has warned that Yemen could face an “explosion” in cases of the deadly virus.

Despite ongoing efforts to deliver much-needed personal protective equipment and testing kits, after five years of war, a lot of damage has already been done. Only half of Yemen’s medical facilities are fully functioning, and there are only 700 intensive care beds and 500 ventilators for the population of 30 million people.

It is not just the healthcare system that is in urgent need of aid. The threat is exacerbated further by severe food shortages and the breakdown of sanitation infrastructure and facilities, with 19 million people lacking access to clean water.

Oxfam is warning that the months ahead could also see a further spreading of cholera, a deadly, and preventable disease that has already infected 2.3 million people over recent years.

The scale of the crisis is horrific, and it is a man-made crisis. The war is one part of it, but another is the Saudi-imposed blockade, which has stopped vital medicine and aid from reaching people that need it.

As analysis from Yemeni-based Mwatana for Human Rights shows: “This state of affairs is not an arbitrary consequence of war. It is the direct result of how the conflict has been prosecuted by warring parties: with utter disregard for international law and humanitarian norms.”

It is a crisis that UK arms companies and the UK government have fueled and played a central role in enabling. Right from the start of the war, Saudi-led forces have used UK-made fighter jets to drop UK-made bombs and fire UK-made missiles. Many of the pilots flying the aircraft have been trained by UK forces and their jets will have been maintained by UK staff and personnel.

The war is only possible because of this kind of political and military support from arms dealing governments. As one former BAE Systems technician based in Saudi Arabia told Channel 4 last year “If we weren’t there, in seven to 14 days there wouldn’t be a jet in the sky.”

At least £6.3 billion worth of UK-made arms have been licensed to the Saudi-led coalition since the bombing began.  Last year the Court of Appeal confirmed that these weapons were sold illegally.

Unfortunately that hasn’t stopped arms and other military equipment from being transferred under existing licenses, and not has it stopped the staggering levels of sycophantic political support.

Over the last five years, government ministers have pulled out all stops to praise and pander to the regime while cozying up to its authoritarian leadership.

Last year, the then Foreign Secretary, Jeremy Hunt, went as far as saying that he thought it would be “morally bankrupt” to stop arming Saudi forces, and unfortunately his sentiments seem to be shared by Boris Johnson and his colleagues who have made no effort to change policy despite the international blow back that followed the murder of Jamal Khashoggi, or the worsening situation in Yemen.

If the virus is to be contained and a full outbreak is to be prevented, then the war must be stopped. Last week the United Nations Humanitarian Coordinator Lise Grande warned of the “catastrophe” Yemen was facing and called on all parties in the conflict to “stop fighting each other and start fighting COVID.”

It is a call that has been boosted by the announcement of a unilateral two-week ceasefire by Saudi forces. With a backdrop of speculation that Saudi forces are looking to exit the conflict, we have to hope this ceasefire will prove more durable than the many false dawns and broken promises that have occurred throughout this war. For it to last it will need a far greater and more sustained political will and support from all sides.

At this time it is more vital than ever that international governments and groups with an influence use it wisely and in the pursuit of peace. The focus of politicians and the media may be on what is happening here in the UK, but, after five years of conflict the suffering, decisions being made in Whitehall could play an important role in ending the “forgotten war” in Yemen.

Andrew Smith is a spokesperson for Campaign Against Arms Trade (CAAT). You can follow CAAT at @CAATuk.