As the new Chancellor Rishi Sunak (pictured) prepares to roll out up to ten new so-called 'free ports', Prof Prem Sikka breaks apart the arguments behind them. 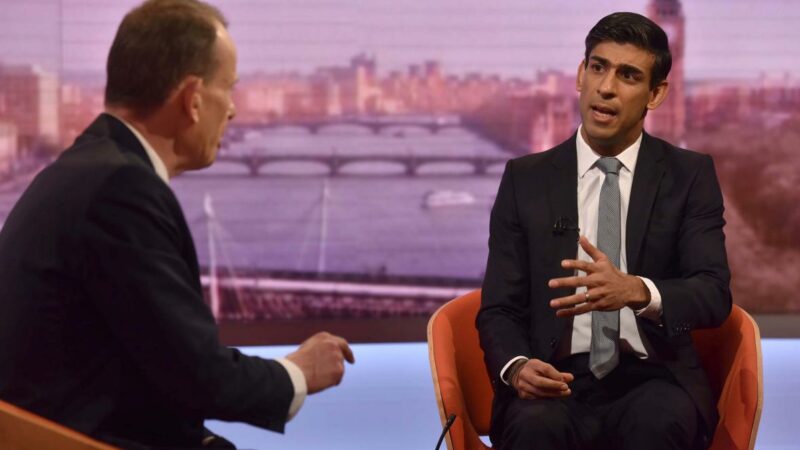 The UK economy is stagnant. Wages are depressed, and the number of workers living in poverty has risen for third consecutive year. Some 14 million Brits are in poverty – more than one in five of the population, including four million children and two million pensioners.

The government’s response is not to end wage freezes, control rents and profiteering, restore local authority cuts or shackle tax avoidance by corporations and the rich. It has instead opted for deregulation – and is proposing to create 10 so-called free ports across the UK.

Free ports – similar to free trade zones or enterprise zone – are geographical locations, usually closer to seaports, riverports and airports, within the jurisdiction of a country, but outside the normal application of laws about customs duties, import/export, planning, construction, tax, business rates and labour.

The claim is that tax concessions, deregulation and lower standards of rights/laws would attract investment, especially manufacturing, create high-skilled jobs and stimulate the economy by facilitating exports. There are approximately 3,500 freeports worldwide, employing 66 million people across 135 countries.

Free ports effectively function as a state within a state, and are supported by the Chancellor Rishi Sunak.

Prime Minister Boris Johnson has claimed that the EU somehow prevented the UK from having free ports. This is untrue. The EU permits freeports within defined parameters so that they do not fall foul of the state-aid rules and fuel a race-to-the-bottom. There are about 80 free ports in EU member states.

After Brexit, the UK can set its own rules on free ports, but these will be circumscribed by trade agreements as no country will permit another to undermine its economic base through unfair state-aid. The UK may trade in accordance with the World Trade Organization (WTO) obligations, but they too impose rules to limit state-aid.

Considerable claims are made about the creation of new jobs, but the Centre for Cities notes that by 2017, the total new jobs in the enterprise zones were only around one-quarter of the estimates produced by the Treasury. At least one-third of the jobs created came as a result of the move of businesses from elsewhere, rather than the creation of new posts in new businesses. Some 95% of the net new private sector jobs were low-skilled. So free ports and enterprise zones did not transform the UK economy into a higher-skilled economy.

Free ports are not exactly a bonanza for new inward investment either. Investment tends to get shifted from elsewhere to take advantage of discounts, low taxes and regulation. It is possible for individuals and companies resident in the UK to route investment into freeports via offshore entities to exploit tax laws and retain anonymity. Despite the existence of ‘enterprise zones’, the UK has languished near the bottom of the EU table for investment in productive assets.

The lax checks on the movement of money and goods make freeports a haven for smuggling, forgery, tax dodging and money laundering.  An EU report noted that “Free ports are conducive to secrecy. With their preferential treatment, they resemble offshore financial centres, offering both high security and discretion and allowing transactions to be made without attracting the attention of regulators or direct tax authorities.”

Free ports create huge cross-subsidisation. Individuals and businesses located outside free ports pay taxes which fund the social infrastructure such as roads, railways, education, healthcare, pensions, security, legal system and clean air. But the entities located within the free ports pay little or nothing towards the use of such infrastructure. Unsurprisingly, free ports are attractive to corporations.

And they lead to unfair competition. The entities residing in free ports benefit from subsidies whilst their competitors located in the main economy do not receive the same inducements.

Free ports are part of the government’s obsession with deregulation and are unlikely to deliver durable economic stability or prosperity. They deflect attention away from the need to invest in all regions and sections of the economy. Given the Tories’ record, it’s no surprise that many fear a Johnson administration would use free ports to erode workers’ rights.