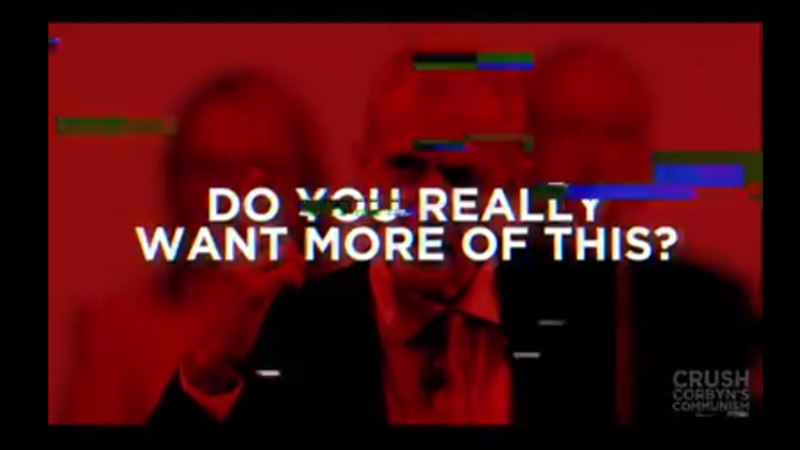 A right-wing student group has spent over £7,000 in just a week on a Facebook advert attacking Labour leadership candidate Rebecca Long-Bailey.

The Turning Point UK ad – titled ‘Britain does not need a Jeremy Corbyn 2.0’ – asks viewers ‘Do you really want more of this?’ alongside clips of Long-Bailey defending Jeremy Corbyn’s performance as ’10 out of 10′.

The attack ad on Long Bailey features untrue claims that Corbyn has ‘accepted cash from HAMAS and supports ISIS’, and is overwhelmingly aimed at male Facebook users under the age of 44. The ad has been viewed over a million times.

The video – launched earlier this month – says ‘use your vote wisely’, and appears to be targeted at young Labour supporters.

A spokesperson for Long Bailey’s campaign told LFF: “Regardless of who you’re voting for, this type of interference should concern us all.”

There was disagreement between Labour camps on the motive for the video and the huge ad spend. Momentum – the left-wing Labour activist group – posted a response video arguing ‘[Turning Point] are trying to stop Labour being a voice for left-wing ideas’, and suggesting TP see her as a threat.

The ad became ‘inactive’ shortly after Momentum’s video was posted. It is not clear if the campaign had simply run its course or had been actively deactivated.

However, others highlighted that the ad appears to be targeted at Labour members, who will presumably not listen to the arguments of a billionaire-funded right-wing group. One viewer on Twitter speculated: “This was on my feed today, because I was considered a ‘fan’ of Corbyn. Clear it’s an attempt to equate [Corbyn] with RLB to actually solidify her vote (I.e. [make people think] if the right wing don’t like her, she must be good). They must view her as least electable in long run.”

Turning Point UK – an offshoot of the original US organisation – was launched in Britain in 2018, and was soon endorsed by a host of Conservative politicians, including Priti Patel and Jacob Rees-Mogg as well as Nigel Farage. Turning Point in the US is a multi-million dollar organisation funded by wealthy conservative and evangelical Christian donors.