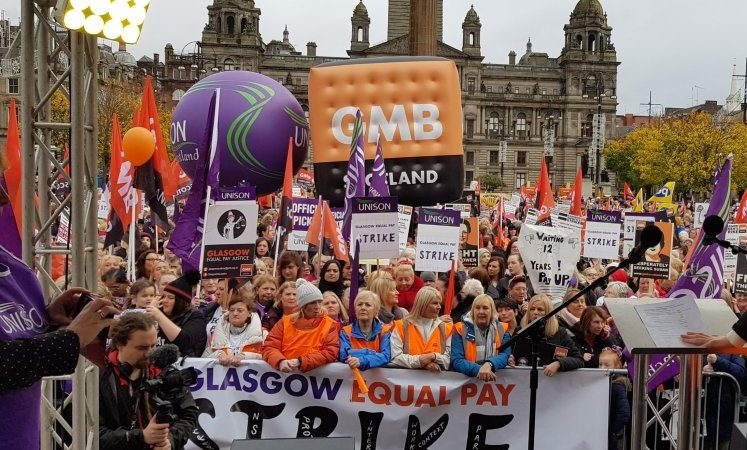 There’s been a lot of understandable despair on the left since the election result. But there have also been more positive reports: a surge in interest in organisations campaigning on the ground, to protect from the worst of the damage yet to come. So what can we do in 2020 to change things for the better?

Here’s seven ideas for how we can move out of our echo chambers and into communities across the UK this year. It is non-exhaustive – pick and choose, and add what’s best for you. The crucial thing is that we act: to create hope, change the debate, and make an impact however we can.

1. Support Extinction Rebellion. For all the criticisms about tactics and organisational structure, they did more than anyone or any organisation to put climate change on the agenda last year – both in the UK and globally. The rest is noise.

2. Get involved in a party. If you’re not in one already (and particularly if you live in England), now is a crucial time to get involved in Labour. This government can only be stopped through progressive parties winning. Who wins the Labour leadership contest will have nation-changing ramifications (the deadline to join is Jan 20th), and there are elections coming up for councils and mayoralties across the country this year. Help shape the resistance to hard right dogma and the attacks on our social fabric that are yet to come.

3. Back organisations working across the left. Compass are great, among others. They recognise the good in different parties and the need to work together. We’re pluralist or we’re doomed.

4. Live greener. As the climate crisis hits hard, we all have to work harder on reducing our environmental impact. Reducing meat consumption is one of the best ways of doing this. Not everyone will become a vegetarian or vegan – the big change will come from all of us cutting down on meat (particularly red meat), flying less, pressuring big companies, and switching to renewable energy. PS: You can support progressive media AND switch to 100% renewable energy through Ecotricity here. Each switcher funds half a day or journalists’ time.

5. Build our own media. We can say ‘the media cost the left the election’ all we want, but it’s meaningless unless we try and change that, try and build a fair debate. The only guaranteed way of doing that is supporting hard-hitting, progressive journalism. Left Foot Forward are on the up and only exist thanks to reader support. But I have to be honest: it’s a really tough funding environment. Become a Supporter to fight for a better media – and consider backing other great radical media organisations like openDemocracy, Red Pepper, Tribune, The Conversation or whoever you think shines a light on the right.

6. We have to tackle the democratic crisis. Westminster isn’t working, and Westminster’s broken voting system meant a little-over 1% rise in support for the Tories handed them a landslide. Millions more were forced to vote ‘tactically’ and hold their nose, while parties stood aside in hundreds of seats – depriving voters of choice. Groups like the Electoral Reform Society (who I work with), Unlock Democracy and Make Votes Matter are pushing for the real reform we need. There are big attacks coming on our already-embattled democracy – from voter ID to flawed boundary changes and yet more cronyistic Lords appointments.

7. Get involved in grassroots campaigning – from trade unions, anti-racism organisations like HOPE Not Hate, to activist groups like ACORN, who fight for renters’ rights. We can build community power to protect from the worst impacts of Brexit and the ideological assaults on the welfare state.

There’s huge force in collective action. But this is also a moment for experimentation, discussion, and new ways of engaging in politics. See what works.

Let’s move out of our echo chambers and stand up for our communities across the UK. Don’t despair – organise. Happy new year!