Progressives need to come together today in the fight against Tory hegemony. 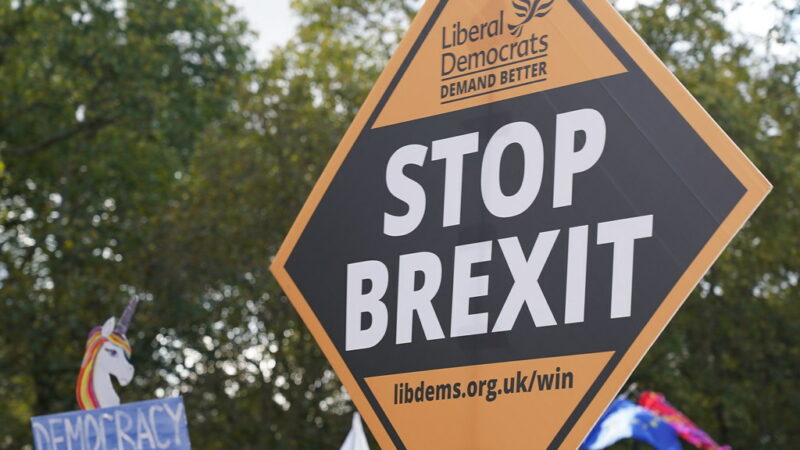 As a left-leaning liberal and active party member I’ll be casting my LibDem vote into the first past the post abyss in a very safe Conservative seat. I wish the circumstances of the general election had allowed for such luxuries as a discourse centring on critical policy, but I don’t make the rules. This general election has become a question of fundamental values.

We in the LibDems find ourselves positing the extreme and controversial view that it’s time to say enough to dedicating parliament to solving the unsolvable problem that is Brexit. Enough pretending there’s a way to exit the EU in an advantageous manner or in a way that does not pose a threat to our rights, freedom and prosperity. Enough money spent sustaining the fantasies of right wing nationalists while society crumbles. That’s our radical liberal perspective on Brexit: let’s just not.

The ‘let’s just not’ strategy comes with a £50bn remain bonus and all the parliamentary time in the world to dedicate to fixing well, everything. That’s the kind of pragmatic, economically sound thinking you can expect from the LibDems. Brexit is, was and always will be a terrible idea. The EU, immigration and internationalism generally are good things. So let’s all get back to normal priorities like arguing about the most effective way to safeguard the NHS.

Let’s just not Brexit and make this terrifying digression into populism and unprecedented abuses of power temporary. Let’s draw the line at voting for a racist, homophobic, misogynistic narcissist who would bend any rule and cross every line to deliver a profoundly damaging withdrawal agreement. Johnson’s ruthlessness is a threat to our democracy and our future prosperity. In just a few short months Johnson has struck fear into the hearts of liberally minded progressive voters. The nightmare prospect of a hard Brexit implemented by a radicalised Conservative Party offends of liberal instinct I have and motivates many who’ll vote LibDem today.

LibDem voters are values voters. They tend to be socially liberal, progressive, centre-left, pragmatic voters. They are kind of voters you can well imagine reached a state of absolute outrage at national politics some time ago. Us die hard LibDems will be voting along with a coalition of voters hailing from across the progressive spectrum who probably very recently voted for someone else. Many natural Lib Dems will choose to vote for other parties to ensure the most progressive result under first past the post. British politics has forced progressive parties and voters to choose a side. In every part of the UK voters with progressive values are turning their minds to what really matters, lending their vote to the candidate best placed to represent liberal democratic progressive values first and foremost.

I’ll be voting LibDem on this occasion as a vote for the proper operation of our parliamentary democracy with appropriate judicial oversight, the right to retain my current rights, the opportunity to remain in the EU, as endorsement of economically literate, socially responsible domestic policies, and of course to limit the power gifted to Boris Johnson. I wish we could be aiming higher than preserving our fundamental rights and suggesting plaintively that perhaps at some stage a government might like to start spending some money but that, seemingly, is a privilege afforded only to nations not besieged by Brexit.

Catherine Finnecy is a former councillor and currently sits on the Liberal Democrat Disability Association Executive.

2 Responses to “For many left-leaning Lib Dems, progressive alliance voting has been our only choice”