Workers had occupied the site to fight for their jobs. 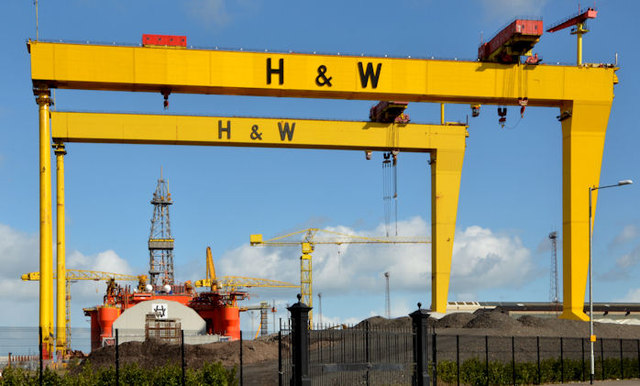 Unions have hailed a deal to save jobs at a worker-occupied shipyard as ‘light at the end of the tunnel’.

A deal struck for embattled Harland and Wolff workers in Belfast will safeguard all jobs at iconic site.

The shipyard went into administration last week after its troubled Norwegian parent company, Dolphin Drilling, failed to find a buyer.

More than 100 workers have occupied the Belfast site 24-hours a day for almost three weeks as part of GMB’s campaign to save the famous yard where the Titanic was built.

Administrators BDO have now announced an extension of a temporary unpaid lay-off of the workforce to facilitate ongoing “positive discussions” with would-be buyers.

The deal struck by GMB and Unite means when a buyer is found, the jobs will be transferred to the new owner under existing terms and conditions.

GMB say unions had done what government failed to do by underwriting the security of employment of this workforce.

“At last there is some light at the end of the tunnel for these embattled Harland and Wolff workers. By underwriting the security of employment of this workforce, our unions have done what government had utterly failed to do.

“They are still not getting paid, but at least they know their jobs – on existing terms and conditions – will be safe when a buyer is found.

“And we are confident a buyer will be found. This is a testament to the workers’ bravery and tenacity in occupying the yard non-stop for nearly three weeks.”

It comes as the Scottish Government announced they will nationalise the under-threat Ferguson shipyard to save jobs.

“I am glad the government has seen sense and brought the yard into public ownership.

“This secures vital lifeline ferries for our island communities, but it could also support the transition to a low carbon economy if used strategically. This would require the leadership and courage at the yard to take a long-term view.”