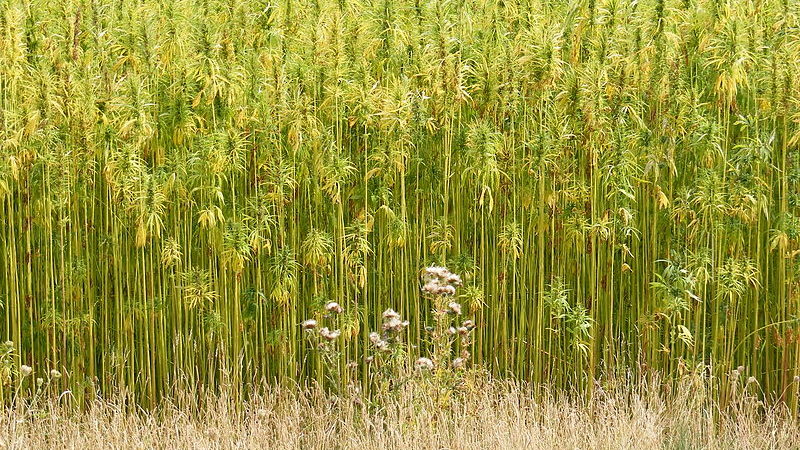 After four years of producing legal hemp products, a cooperative’s licence for growing hemp was revoked by the Home Office this July. The company are still trying to get to the bottom of why it happened.

Hempen – based near Reading – seemed set to capitalise on a huge boom in ‘CBD’ (cannabinoid) products. CBD products are legal to use in the UK as they lack effective doses of THC (which gives the ‘high’ of cannabis).

Hemp is licensed by the Home Office. But after legalising medicinal cannabis last year, the Home Office made a strange policy change: they updated the guidance for industrial hemp, making it clear the government was not happy with companies extracting harmless CBD. Bizarrely, this meant companies would have to stop all domestic production and import CBD from countries with friendlier laws.

Hempen, which still wanted to grow the rest of the plant that was legal to use here (they use the seed for use in cosmetics and food), followed the new rules and applied for a license renewal. That was supposed to take up to two months. Instead, it took eight. The Home Office said ‘if you’re renewing, you should act as if you’re getting renewal until you hear otherwise.’ And so they did.

Midway through the growing season, they heard the decision that the Home Office weren’t going to let Hempen grow hemp at all, because the cooperative had historically harvested CBD. They were denied a license to grow any hemp at all.

Legal advice advised the farmers to destroy the entire crop. They all took the hit – and now want to highlight the ‘madness’ of the policy. “This is an opportunity to show the system is not fit for purpose given the economic and ecological opportunity that hemp represents,” one of the cooperative’s co-founders Patrick Gillett tells LFF.

The domestic UK market for CBD is reportedly set to be worth £1bn by 2025. If the law doesn’t change however, much of that money will simply move abroad. UK law makes growers actually remove and destroy hemp flowers in the field.

But if they were allowed to harvest the (lucrative) flowers, it would kick start other industries: including ‘hempcrete’. We could have a huge green boost for the construction industry, using the plant to sequester carbon faster than any other crop, and lock it in houses. And we could use the fibres for bioplastics to replace all the plastics they use. (Hemp can even make highly-efficient supercapacitors). All that would be required is slight legislative amendment.

But the government sees it as a problem – it is licensed by Drugs and Firearm unit in the Home Office. Instead, it should be with DEFRA, which regulates farming, producers say.

The absurdity of the rules is shown by the fact that the THC content of the cooperative’s plants was below 0.2%, according to Hempen. The World Health Organisation says all low-THC industrial hemp shouldn’t be scheduled as a drug at all: it can’t produce a psychoactive effect. Switzerland sets the limit at 1%.

UK producers are unclear what the Home Office policy actually is: the only company allowed to actually harvest CBD here is GW Pharmaceuticals…a firm whose largest investor is Theresa May’s husband, Philip May.

Hempen simply want to create a CBD product which the WHO says is completely safe. Why are the Home Office restricting a harvest that’s below 0.2%? What is the public interest?

Officials apparently haven’t said why, and appear to be inconsistent in their approach with different licensees. “They are penalising people for producing CBD” says Patrick Gillett from Hempen. Except, it seems, GW Pharma – the largest legal cannabis exporter in the world, and the only legal cannabis producer in the UK.

Producers say they need a quick legislative change to harvest the whole plant, to move regulation over to DEFRA – who understand farming and its economic/ecological benefits – and implement sensible, clear limits on THC. If the rules were sensible, farmers could plant drought-proof and better climate-sequestering effective hemp, Gillett tells me.

At present however, all hemp in the UK – including hempcrete – is effectively illegal: it contains more than 1mg of THC.

So Hempen have had to destroy all their crops, or else risk a ‘cultivation of cannabis’ charge – which has a prison sentence attached. The value in (destroyed) potential sales was reportedly £200,000 in seed and stalk products. If the crop had been allowed to be used for CBD products it would have been £2.4m worth (though, as noted, they weren’t allowed to use it for CBD). At any rate, that’s £2.4m would have generated £480,000 in tax to the exchequer.

There are a couple of key questions: what is the public interest in the government’s policy? But also…what even is the policy? One farmer has reportedly been allowed to harvest hemp flowers for essential oils without CBD for years. So is the actual policy that they do not want growers to harvest CBD?

Hempen now plan to challenge the Home Office decision through a judicial review – but they don’t yet have the funds. So they’re fighting the government the old fashioned way: campaigning. Save UK CBD will soon be launched as a coalition with the National Farmers Union and other hemp farmers and producers.

2 Responses to “After legalising medicinal cannabis, why are ministers shutting down harmless hemp producers?”